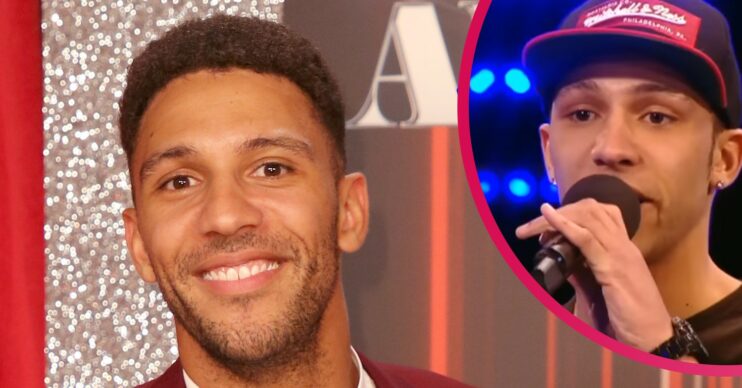 Who is Jay Kontzle in Emmerdale? When was he on Britain’s Got Talent?

The Billy Fletcher actor has a boyband past

But away from Emmerdale Jay’s life couldn’t be more different.

From ‘miracle baby’ to Britain’s Got Talent semi-finalist and married dad of two, here’s everything we know about him.

Who is Jay Kontzle in Emmerdale?

He arrived in the Dales in 2018 as the criminal eldest son of Jessie Dingle.

Billy had been inside for assault after he and a group of friends left a man for dead. It turned out Billy was also part of the prison gang who had terrorised Aaron Dingle during his stint inside.

Brother Ellis wasn’t pleased when Billy arrived fresh out of prison and their relationship was rocky for some time.

They turned a corner after Ellis was stabbed by the brothers of the man Billy assaulted. Billy revealed the guy had been a racist drug dealer and that’s why he beat him up.

Billy was later drawn back in with his old gang after the ringleader held Jessie, Marlon and April hostage.

Things calmed down for Billy and he started dating Dawn Taylor, even helping her get custody of her son, Lucas, back.

But then he got involved with bent copper DI Malone, who Dawn eventually killed.

Their relationship fell apart and Billy had a fling with Meena – who turned pretty obsessive, pretty quickly.

After Billy and Dawn reunited, Meena was left with a murderous taste in her mouth.

As the couple prepare for their wedding next week, Meena is out for revenge. She is set to kidnap them after their nuptials and force Billy to choose which one of them will die.

But will she stop at killing just one?

How old is Jay Kontzle?

He will turn 32 later this year.

Jay is from Crewe. He grew up with his grandparents after his mum, Louise, was killed when he was just four years old.

She was on her way to a DJ gig at Hacienda nightclub in Manchester when she was in a car accident. She was only 21 at the time of her death.

Jay also survived a horror accident himself when he was just three months old – thanks to his mum.

She was pushing him in his pram across a pelican crossing when a car hit her and sent his pram through a shop window. He suffered a fractured skull, but survived and was hailed a ‘miracle baby’.

Speaking to OK! about the tragedy Jay said: “My mum was the best person in the world, but my grandparents have done a really good job.

“I really appreciate everything they’ve done for me.”

He also told the Manchester Evening News: “I believe all these negative things help to build your character.”

Jay is married artist Mimi and they share two kids.

The couple met when she attended one of his gigs when he was performing as part of boyband The Mend.

They got hitched in 2017 with Mimi explaining to OK! they “just had family there and it was really nice.”

Daughter, KaiBo, is four and their son, Zian, is two.

Read more: Who is in the cast of Emmerdale this year? Meet them all here!

When was he on Britain’s Got Talent?

Jay first came to the public’s attention as one quarter of boyband The Mend, who appeared on Britain’s Got Talent in 2012.

They were formed in Manchester in 2008 by former Take That manager Nigel Martin-Smith. Jay could have taken a part in Waterloo Road, but opted for a music career instead.

The band tried to crack the USA and gained legions of UK fans too.

“That’s what we’re going to strive to achieve, we’ll keep doing it until we’ve made it.”

They made it to the semi-finals before being eliminated. However, they were brought back for the final as the wild card act, but lost out to eventual winner Pudsey the dog.

The Mend changed their name in 2015 to Race the Horizon, but parted ways in 2016 with Jay focusing on his acting career.