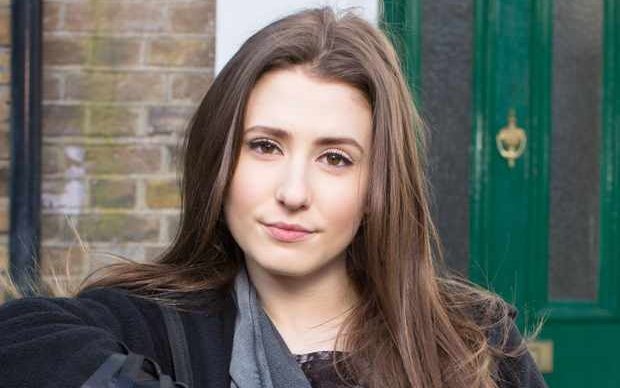 Jasmine has played Bex since 2014

Jasmine Armfield has hinted at a tragic boat death for EastEnders‘ Bex Fowler, ahead of her recently announced exit.

my best friend is the most beautiful thing ever. FACT!

It has been revealed that the soap’s landmark 35th-anniversary episode will include a boat party on the River Thames, where an incident aboard results in one character plunging to their death.

I’ve been there for six amazing years and I’ve loved every single minute of it but now feels like the right time to go.

After it was announced on Tuesday (January 28) that Jasmine would be leaving the soap, fans began to speculate about whether Bex could be the tragic victim of next month’s drowning incident.

While EastEnders has announced that the show’s 35th-anniversary episode will see a number of favourites attend a boat party where one character will perish, it has not been announced who the victim will be.

When asked about her exit, she teased it would be: “Dramatic, wet and… tune in! I’m so bad at this.”

Of her departure, she told The Sun: “I think everyone gets to a point in their life where they need to get out of their comfort zone.”

She continued: “I’ve been there for six amazing years and I’ve loved every single minute of it but now feels like the right time to go.”

Bex has been involved in a number of huge storylines, including being relentlessly bullied while at school and attempting to take her own life last year.

Executive Producer, Jon Sen said: “It’s been an absolute pleasure to work with Jasmine. She’s bought something incredibly special to the role of Bex and we will all miss her – both as a friend and colleague.”

Jasmine is set to depart the soap sometime next month and has reportedly already finished filming her final scenes.

Do you think Bex will meet a watery end? Leave a comment on our Facebook page @EntertainmentDailyFix and let us know what you think the outcome will be for Bex.