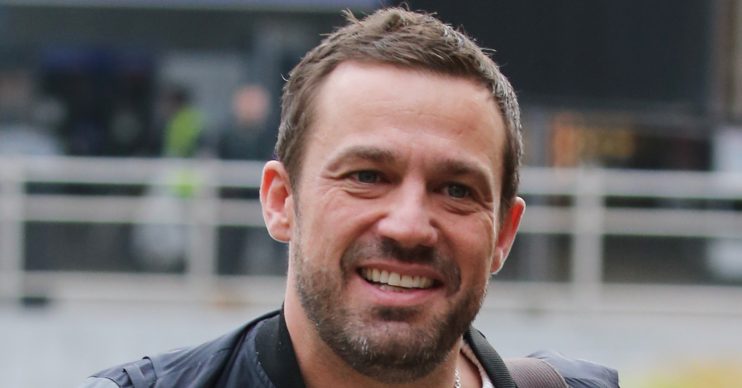 Jamie Lomas confirms he will be staying in Hollyoaks

He's happy in Hollyoaks for the time being.

Jamie Lomas has confirmed he will be sticking around on Hollyoaks for at least a year.

The 44-year-old star reprised his role as Warren Fox this month and while his character has been plotting to flee the village in secret, it looks as though the former EastEnders actor won’t be departing Chester anytime soon.

He said: “I’ve signed for a year, so we’ll see what happens after that.”

Jamie has hinted he could even be back for more than a year after some encouraging conversations with executive producer Bryan Kirkwood.

He said: “I spoke to Bryan Kirkwood last week and he said they’ve got so many storylines that they want to do with Warren.

“I’m surrounded by great people and the show’s in a really good place. As long as I’m happy and they write for me, I’ll continue to work.”

Jamie has also teased there is a “well-known” star set to join the cast as a character attached to Warren’s past.

He added to Digital Spy: “Warren grew up in a children’s home, so they’re going to explore that.

“They’ve got a character coming in as part of that. I can’t say who’s playing the character, but it’s a well-known face.”

Jamie’s latest return comes after he made a brief comeback to the soap last July as part of the heart-breaking climax to Sienna Blake’s (Anna Passey) twins kidnap plot, where she was sure she had found her missing children who Warren snatched in 2018.

However, as she prepared to run off with them, her loved ones persuaded her that they weren’t her children and she gave them up, only for Warren to arrive and take them back to Spain.

Jamie started playing Warren in 2006 and he quit the soap in 2009 before making several reappearances.

He recently said returning to the soap is “like coming home”.

Jamie said: “How does it feel to be back? Yeah, amazing, you know? It’s like coming home, coming to see my family, my friends.

“Coming back to play Warren Fox is always a pleasure and an honour. Hollyoaks … I love it.”