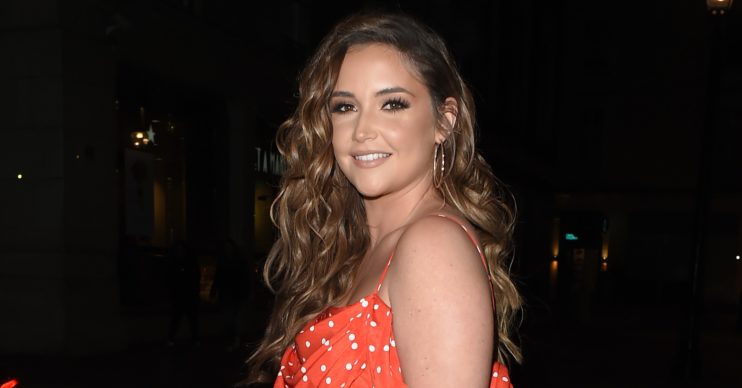 Jacqueline left the soap in 2018

Jacqueline Jossa has talked about her plan to return to EastEnders, saying she would love to go back.

The actress played Lauren Branning in the BBC soap from 2010 until 2018.

Since her departure from the show, Jacqueline has gone on to become Queen of the Jungle after winning I’m A Celebrity… Get Me Out Of Here in 2019.

Now she even has her own clothing range with popular clothing brand In The Style.

But Jacqueline appears to hold a special place in her heart for EastEnders and recently revealed she would love to go back.

“It doesn’t feel like it was goodbye forever, definitely not, well not from my end anyway. I would love to go back someday. I could hobble back in on my walking stick one day.”

When asked if she would return in under five years, the actress responded saying: “I think that sounds better than me going back tomorrow, yes.”

Why did Lauren leave Albert Square?

On Christmas Day 2017, Lauren and her sister Abi, who was pregnant at the time, climbed onto the roof of The Vic in order to talk down their dad Max.

As they tried to help, Lauren ended up slipping. In an attempt to save Lauren, Abi grabbed her but the pair both ended up falling off the roof.

Lauren needed an operation on her leg, but Abi was eventually declared brain stem dead.

I would love to go back some day.

After Abi’s baby was delivered, who was named Abi Jr after her mum, Abi’s life support machine was turned off.

After her sister’s funeral, Lauren decided to leave Walford with her son Louie. She eventually got back together with Louie’s dad, Peter and the pair lived in New Zealand together.

However it was recently revealed Peter and Lauren had split and he is now back in Walford with his family.

Do you want to see Jacqueline return as Lauren? Leave us a comment on our Facebook page @EntertainmentDailyFix and let us know what you think!