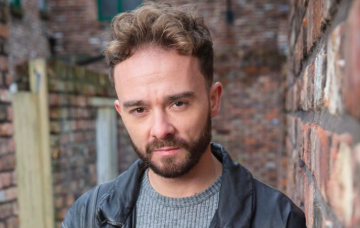 Which Platt family member or friend could be axed?

Coronation Street’s Jack P. Shepherd has teased a major show character could be bumped off during episodes due to air over the New Year.

The David Platt actor told the Daily Star Sunday the victim could be linked with his onscreen family – but ruled out a storyline featuring the death of a beloved pet.

“This year I think someone dies at New Year,” the 30-year-old is reported to have said.

He continued: “It might be someone to do with the Platts! And no, it’s not David’s dog.”

Crowned Best Actor at last week’s Inside Soap Awards, modest Jack also revealed he does not find receiving praise easy and is not driven to succeed by the lure of awards recognition.

However, he did hail the show’s recent darker storylines – the saga of David’s rape helped propel Jack to winning his latest gong – and indicated how pleased he is that the Weatherfield-based soap has enjoyed critical success after years of domination by EastEnders and Emmerdale.

And having recently secured a new deal reported to be worth £250,000, it seems Jack has no intention of leaving the cobbles any time soon.

It is believed the star has received a £30,000 pay rise for committing his future to Weatherfield.

The deal is thought to put him near to the same pay scale enjoyed by the likes of show veterans Bill Roache and Barbara Knox.

And if Jack has his way, he could enjoy career longevity on Corrie to rival Bill’s, who has played Ken Barlow since the very first episode in 1960.

Joking he would be keen to remain in his role for another 50 years like Bill, Jack indicated he would be willing to stay in the soap as long as he was still enjoying it and his character was serviced by decent plots.

“It’d be great to be old David,” he told the newspaper.