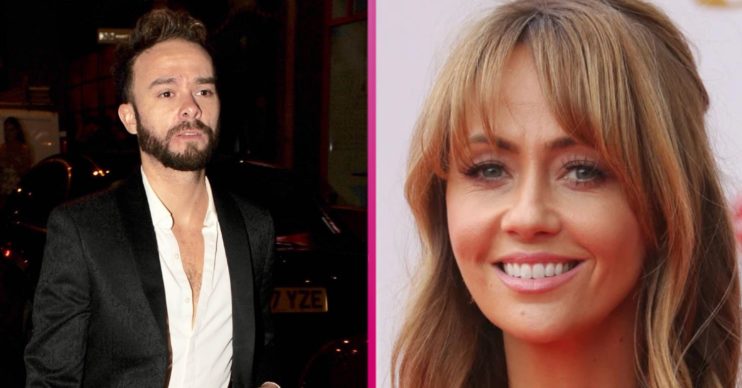 He caught his co-star unawares!

Samia, who plays Maria Connor in the ITV soap, shared a snap of the two pals on Instagram last night (Friday, August 15).

It showed Samia in her character’s wedding dress in a behind the scenes pic from the soap.

She was posing for the image in what appears to be the soap’s canteen.

Social distancing markings can be seen on the floor of the room.

And although Jack is keeping his distance from Samia, it appears she has no idea he was there!

She indicates the David Platt star snuck up to photobomb her pic – and that she may come in for pranks from him on a regular basis.

Samia also echoed Jack’s line as David in last night’s episode in which he walked in on his sister Sarah and her ex – and Maria’s husband to be – Gary Windass.

“Proper awks,” she captioned the image.

Tagging in Jack, she joked he “just can’t help it!” before adding laughing emojis to her post.

Fans were tickled by the mucking about between the pals, with dozens and dozens of remarks from fans.

Many contained several laughing emojis to illustrate their amusement.

But many others gushed over how stunning Samia looked in Maria’s bridal outfit.

“You look beautiful in white,” commented one follower.

“How are you so perfect? Stunning,” added another.

And a third fan added: “Love this dress and as always Maria is gorgeous.”

It isn’t the first time that Jack has lightheartedly poked fun at Samia on social media.

He posted a series of throwback snaps of them together to celebrate her birthday last month.

One pic showed the pair scoffing pizza during filming and another depicted David’s awkward attempt to kiss Maria in 2018.

He joked in the caption: “I’m so sorry.”

Samia has also previously spoken about their friendship.

“So we have literally grown up together. It’s lovely because we are so at ease with working with one another.”

Samia also indicated two years ago that she reckoned their characters could be a good match for one another.

She said: “I’m campaigning for David to get together with her, because she and David should just crack on.

“I’m getting loads of messages on Twitter saying she and David should just get together.”