Actor Jack P. Shepherd was terrified when "quite a few people died" during his romantic getaway to the Caribbean - and he claims some were "poisoned from minibars".

The Coronation Street actor headed to the Dominican Republic with girlfriend Hanni Treweek recently, and while he admits the area was "really nice", the couple found the deaths "a bit hairy". 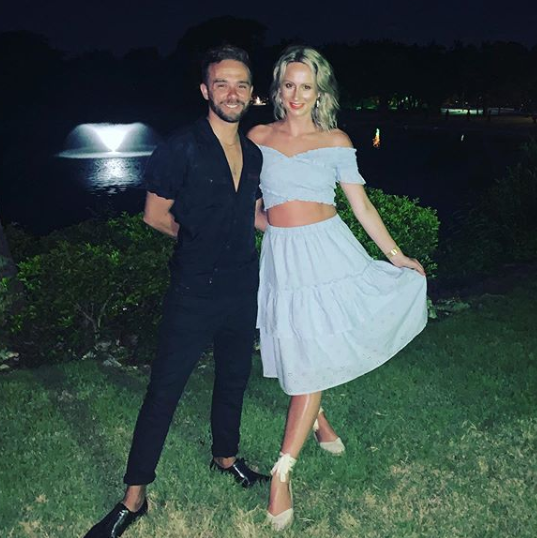 Jack and Hanni had a wonderful time, despite what was going on elsewhere (Credit: Instagram/@jackpshepherd88)

Read more: Corrie fans beg Catherine Tyldesley to come back to the soap

He said: "I went to the Caribbean, to the Dominican Republic, it was really nice but while we were over there quite a few people died.

"There were a lot of people whose drinks were all poisoned from minibars. A few British and they died.

"Nowhere near where I was, but it was a bit hairy, but I survived and we came back."

Yesterday (Thursday June 27), it was confirmed another holidaymaker had died in the Dominican Republic, making him the 12th US tourist to perish in the country this year.

It was a bit hairy, but I survived and we came back.

The FBI have launched a poisoning probe amid concerns victims may have drunk alcohol which was contaminated with methanol or insecticide.

My state of mind 🦍 @ladyhanni89

Jack - who plays David Platt on Corrie - then treated Hanni to a trip to New York as part of her 30th birthday celebrations.

He added to The Sun Online: "Then we went to New York which was cool."

The 31-year-old actor surprised his significant other by presenting her with an apple which had a dollar bill inside.

He shared the moment in a video on Instagram, and added the caption: "We're going to New York next week! Happy birthday darling ! @ladyhanni89 (sic)"

Surrounding by balloons and other gifts, Hanni said: "What's this?" as Jack and a friend told her she was going to the Big Apple.

Hanni then burst into tears as she hugged and kissed Jack.

Jack also shared a string of other videos and photos from his Caribbean getaway.

He filmed Hanni trying to open a bottle of champers on the beach.

The post was captioned: "Baby turns 30," followed by a red love heart emoji.

In the video, Hanni said: "I can't!" as she tried to twist the cork.

As she finally manages to open the bottle, everyone cheers.

He shared a snap of himself and Tina on set as they held up photos of themselves when they were younger.