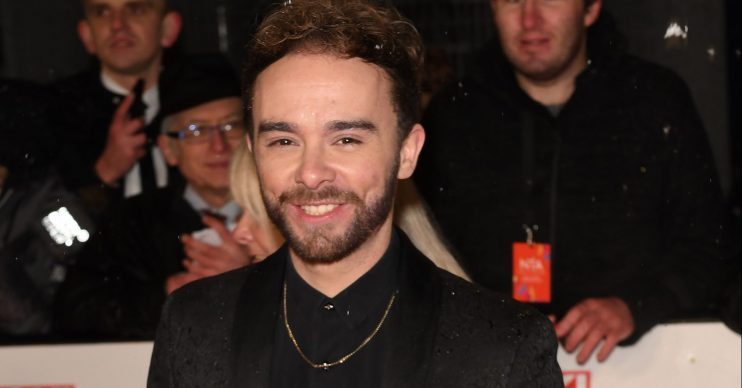 He's pulling out all the moves

The actor plays hairdresser David Platt in the ITV soap but he should be playing a dancer.

Wanted to recreate the #LoveActually dance by Hugh Grant, a film we covered on the @SofaCinemaClub I’m dedicating this to the NHS who have shown that Love actually is everywhere & Boris Johnson have a speedy recovery and get back in No. 10 #MyMovieChallenge pic.twitter.com/BQuiHuH8p5

Jack filmed himself strutting his stuff around his new house that he shares with girlfriend Hanni in Manchester.

Putting his skills to use during lockdown he recreated the Downing Street dance number with Hanni’s help.

He wrote on Twitter: “Wanted to recreate the #LoveActually dance by Hugh Grant, a film we covered on the @SofaCinemaClub.

“I’m dedicating this to the NHS who have shown that Love actually is everywhere & Boris Johnson have a speedy recovery and get back in No. 10 #MyMovieChallenge”

His fans were delighted and in hysterics by the video and flocked to comment.

One said: “The absolute best thing to come out of lockdown.”

A second said: “Oh Jack…that was brilliant. Really made me smile…thanks.”

A third said: “Actors with too much time on their hands during the pandemic is the best thing to happen to Twitter.”

In the film, Hugh Grant’s Prime Minister dances through Number 10.

Will Jack do Strictly?

The performance could renew rumours Jack is set to take part in the next series of Strictly Come Dancing.

Earlier this year, Jack’s girlfriend Hanni sparked rumours he was training for the show with an appeal for ballroom dancing lessons on Twitter.

The ITV worker asked her social media followers about where she and Jack could begin ballroom dancing classes.

Posting on Instagram at the time, she wrote: “Does anyone know of any good ballroom dancing classes in Manchester that @jackpsheperd88 and I can do?”

And he told press last year that he’s got his eye on Strictly.

He said: “I’d do Strictly over any of the others. I couldn’t do Dancing on Ice.

Do you want Jack to do Strictly? Leave us a comment on our Facebook page @EntertainmentDailyFix and let us know what you think!