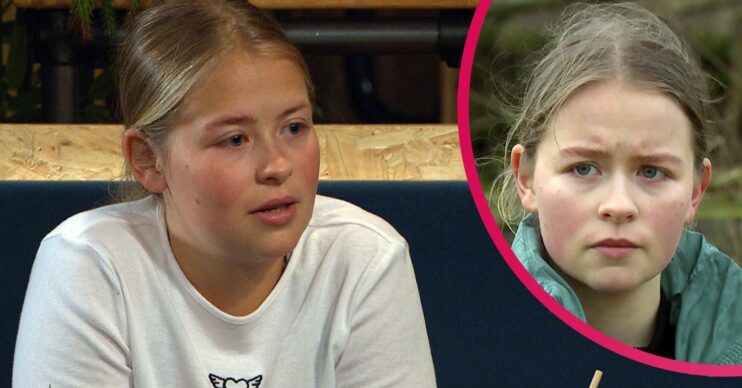 She’s played the role since 2016, and has taken Liv from an awkward schoolgirl to a young woman dealing with some pretty serious problems – and she’s won a lot of awards and accolades along the way.

So who is Isobel and what’s her story?

Isobel was only 15 when she took on the part of Liv Flaherty. But she was already a pretty experienced actress.

She’d started her career as a child and starred in adverts for all sorts of businesses from Iceland to Furniture Village.

Later she played a character called Barbara in the BBC series Our Zoo, adn followed that with roles in The Dumping Ground, and a short film called Father’s Day.

She was cast as Liv Flaherty – Aaron’s half-sister – in 2016 and quickly made her mark on Emmerdale.

All before she’d even done her GCSEs!

In fact, talented Isobel took a break from the show in 2017 to concentrate on her exams!

Isobel has another string to her bow, alongside her acting career. She’s a talented musician and singer and has her own YouTube channel where she posts videos of her music.

She’s not the only talented musician in the Emmerdale cast, so during lockdown the team all began releasing videos of themselves singing under the name The Woolpack Sessions.

Fans were thrilled with Isobel’s cover version of The Winner Takes it All by Abba and stunned by her gorgeous singing voice.

But the sweet songstress doesn’t just record other people’s tracks. She’s also an accomplished songwriter herself.

On screen in Emmerdale, poor Liv is coping with heartbreak after splitting up with Vinny Dingle, played by Bradley Johnson.

But offscreen Isobel Steele and Emmerdale co-star Bradley are the best of mates. They’ve even been away on holiday together.

According to Isobel, there’s no romance in the offing between the pair, despite fans being convinced they were an item.

She told Metro.co.uk that they were “just very good friends who enjoy each other’s company”.

Isobel’s being kept super busy with all Liv’s on-screen antics as she fights her alcoholism and tries to come to terms with losing Vinny.

But she’s still managing to find time to continue with her songwriting and singing and even squeezing in some fun on the XBox with her younger brother.

We reckon she’s got a glittering future ahead of her!