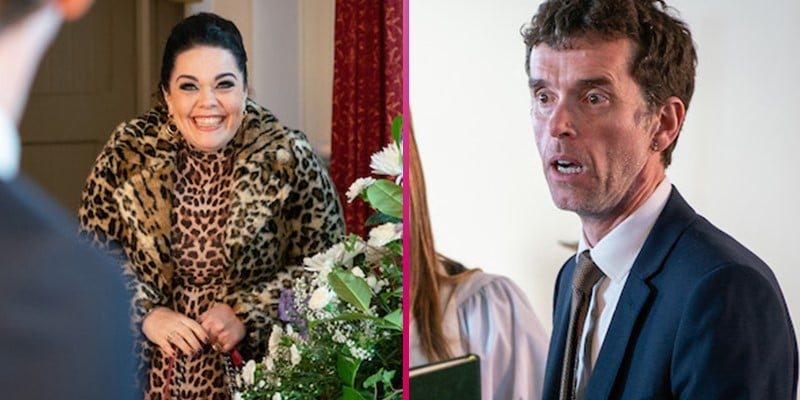 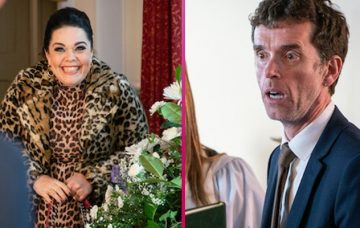 Is Marlon the father of Mandy Dingle’s son?

The show is hinting Paddy is 16-year-old Vinny's dad

Mandy Dingle has returned to Emmerdale with a bang – and a secret 16-year-old son.

We’ve yet to discover who Vinny’s father is, but the soap is dropping major hints it’s Paddy Kirk.

But despite Vinny’s obvious resemblance to Paddy, viewers aren’t convinced.

There have been cries of “too obvious” and “they’d never do that to Paddy and Chas”.

And some even think there’s another potential daddy in the mix: Marlon Dingle!

Marlon and Mandy are cousins – but she married her cousin, Butch Dingle – and being related has never stopped a Dingle before!

Watch Mandy’s son turn out to be Marlon’s.#Emmerdale

Maybe Vinny is Marlon's Son and not Paddy's after all ?

He said: “The bits that I’ve shot with her are revelatory. There are a lot of twists and turns to come, because of Mandy. God dammit.

“I can’t say too much because there are a lot of assumptions made on Twitter about why she’s coming back.

“It could be that [he’s Paddy’s son] but it could be something else, much more significant. So we’ll have to see.”

And Lisa Riley (Mandy), appearing on This Morning, said Vinny “might not be” Paddy’s son.

But there were some who came up with an even more crazy theory: Sam Dingle could be the dad!

Paddy is the obvious potential father to Vinny. But I think it could be Sam Dingle. It was just the way Mandy looked at Lydia when they were introduced. All will be revealed. Mine is a better storyline. 😉

And there was also predictions of an illness storyline for Vinny.

I’m surmising that it would be too easy for the lad to be “just” Paddy’s Son! How’s about a request for a Kidney/Liver/Bone Marrow transplant! I seem to remember he wasn’t feeling particularly well tonite!

In tonight’s episode, an hour-long special, we might just get some answers…

Do you think Marlon’s the daddy? Leave us a comment on our Facebook page @EntertainmentDailyFix and let us know what you think!