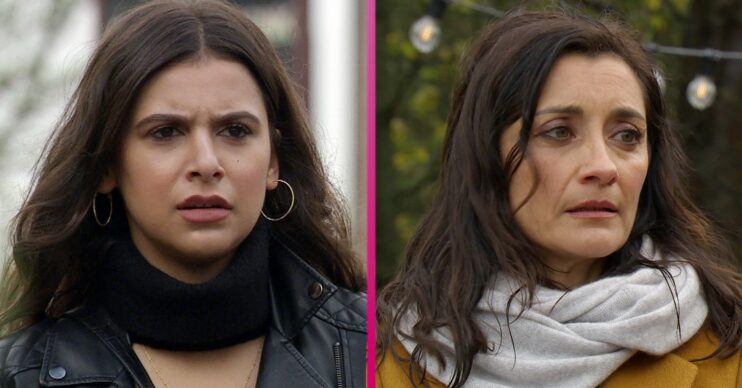 Is Manpreet dead in Emmerdale? What’s next as Meena moves her murder plan forward

Meena has been planning to kill her older sister

Emmerdale character Manpreet was being held captive by her serial killer sister Meena, but has Meena killed her sister?

Manpreet began to get closer to finding out Meena’s crimes and after the two got caught up in the Woolpack explosion, Meena had her sister discharged from the hospital and has been holding her captive at Dale View house while Wendy is away.

Meena told Manpreet about the four people she has murdered and how she plans to kill her too.

Meena told Manpreet’s ex-husband Rishi that Manpreet is in Ibiza with her daughter Aiesha, but Rishi became concerned when he found out Manpreet isn’t with Aiesha.

In tonight’s episode (Wednesday, January 5) the police began to investigate Manpreet’s disappearance and Meena told them she had diverted her trip to a spa hotel in Malaga.

In the cafe, Rishi and the police began questioning Meena more.

Meena lied saying she spoke to Manpreet the night before from a pre-paid phone. When they asked her to call Manpreet, Meena rang a number but said she wasn’t picking up.

Rishi suggest they check the house and Meena refused without Wendy’s permission. But when Harriet revealed Wendy will be back tomorrow, Meena panicked.

Read more: Emmerdale in 2022: who’s leaving and who’s arriving in the village this year?

Back at Dale View, Meena was furious she had to change her plans and later in the dark she dragged a body bag to her car.

Meena then said to the body bag: “I’m sorry sis, I never wanted it to end like this.”

But is Manpreet dead?

Emmerdale spoilers: Is Manpreet dead? What happens next

Manpreet is not dead, however she is not out of danger.

Later this week, Meena discovers Vinny’s murder board and later leads him to her lair.

In next week’s Emmerdale scenes Manpreet is alive and being held captive along with Vinny in a barn.

Meena uses Vinny’s phone to send Mandy a reassuring message and keep her off the trail.

As Liam starts to become more concerned about Meena and tells her he knows about her fake pregnancy, leaving her unsettled.

Meena then threatens to accuse Liam of sexually harassing her at the surgery Christmas party if he continues digging through her business.

Later she returns to the barn and tells Manpreet and Vinny that Liam’s interference has escalated her plans and today will be their final day alive.

Meanwhile Mandy is worried that Vinny didn’t turn up to a visit with Liv.

Meena drives the Dingles van into the barn.

As she closes the doors of the barn Manpreet and Vinny are terrified, aware there will be no escape from the exhaust fumes coming from the vehicle.