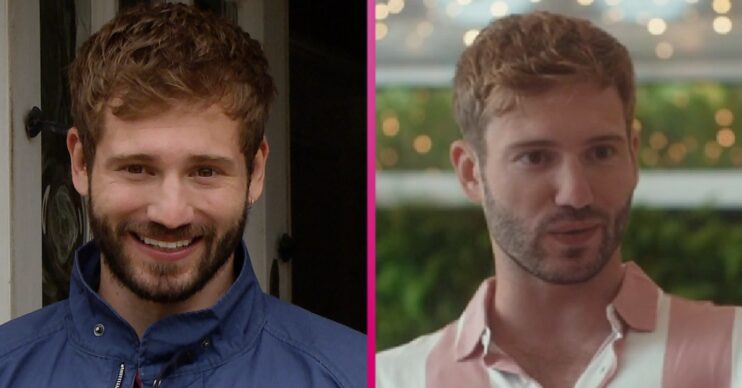 Is Jamie coming back to Emmerdale? Actor Alex Lincoln spotted in sexy BBC drama Everything I know About Love

Will Jamie come back?

Jamie was last seen in Emmerdale last year and his mum Kim believes he is dead.

However since Gabby told Will about her suspicions that Jamie is alive, Will Taylor is determined to find out if Kim’s son is still alive.

Is Jamie going to come back to Emmerdale?

Read more: What happened to Jamie Tate in Emmerdale and will he ever return?

Last year Jamie faked his death. After he drove into a lake, Jamie’s car was found but his body was never recovered.

It was revealed to viewers that Jamie is still alive after his daughter Millie went to live with Hazel, Andrea Tate’s mother.

Jamie had secretly been staying with his former mother-in-law Hazel to get away from the village.

When Millie went to see her younger half-brother, she gave him a message from their dad Jamie.

However Millie didn’t know that Gabby could hear her through the baby monitor.

Gabby started to fear that Jamie would return to try and take their son.

After accidentally shooting Will in the woods, thinking he was Jamie, Gabby confessed to him that she believes Jamie is alive.

Over the last few weeks, Will has been doing some digging to find out himself if Jamie is still alive before telling fiancé Kim that he suspects her son is alive.

Will contacted Mike wanting him to find Jamie so he could make sure he keeps away from the village.

Is Jamie coming back to Emmerdale?

In tonight’s episode (Wednesday, June 8) Mike came to the village to give Will an update on his search for Jamie.

He said that a man matching Jamie’s description was spotted near Hazel’s old home.

Mike showed Will the pictures he had taken but Will couldn’t be sure it was Jamie.

Mike revealed he managed to get a hold of one of the discarded coffee cups the man had left and he just needed to get DNA from one of Jamie’s family members to tell if it’s definitely him.

Later Will offered to look after baby Thomas for Gabby and got the DNA kit out when she went upstairs.

Will rang Mike to tell him he got the DNA and he had 24 hours to see if Jamie is the man who has been around Hazel’s old home.

Could Jamie be coming back?

What’s next for Will?

Will is stunned when Mike demands three grand for the DNA test.

Aware he doesn’t have the money, Will asks Mike for a few hours to find the money.

At the portacabin, Will is conflicted as he transfers three grand from the company accounts to pay Mike.

His guilt grows when Jimmy expresses concerns over the haulage company’s finances after they lose another client.

How will Kim react when she finds three grand cash in Will’s bag and the haulage company’s accounts open on his laptop?

What will Will tell her?

What is Alexander Lincoln up to now?

Recently Alexander Lincoln played Rege in series one episode two of BBC drama Everything I Know About Love.

Alexander Lincoln hasn’t revealed if he will be returning to the soap, however Emmerdale producers Laura Shaw and Jane Hudson hinted earlier this year that he will return.

Could we see Jamie back in the village? Or will Kim never find out what really happened to her son?

Read more: Who is in the cast of Emmerdale? Meet this year’s full line-up