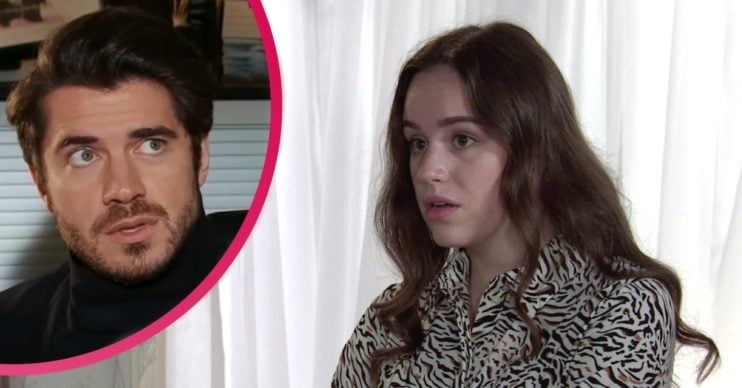 Faye is going to prison!

Last year, Faye attacked Adam Barlow in the Bistro. However, it was a case of mistaken identity and she originally intended to attack Ray Crosby, who pressured her into sex and later tried to rape her.

She later confessed to the police that she was the one who attacked Adam.

Ray was later arrested for the attempted murder of Kevin and Debbie Webster. But he has pleaded not guilty to assaulting Faye.

In tonight’s scenes, Faye attended court for her sentencing. Her brother Gary was given eight months for perverting the course of justice, but was let go as the amount of time he served was taken into account.

Meanwhile, the judge took into account that Faye had pleaded guilty to Grievous Bodily Harm against Adam and was aware she originally intended to go after Ray as he assaulted her.

But he also pointed out that Ray had pleaded not guilty to sexual assault. And as his trial was ongoing, meaning he was seen as innocent in eyes of the court.

The judge told her that she was sentenced to three years in prison. But is Ellie Leach leaving the show?

In January this year, actress Ellie Leach revealed she would be staying put for the time being.

Shortly after Faye went to the police confessing to Adam’s attack, Ellie appeared on Lorraine.

Speaking about whether she would leaving, she said: “No, no, not going anywhere for the time being, well hopefully forever.”

What’s next for Faye?

In upcoming scenes, Craig explains to Kirk that for the sake of his career he mustn’t have any contact with Faye.

But Kirk suggests he could post his letters for him and no one would suspect a thing.

Coronation Street airs on Mondays and Wednesdays 7.30pm and 8.30pm with an hour-long episode at 7.30 on Fridays on ITV.