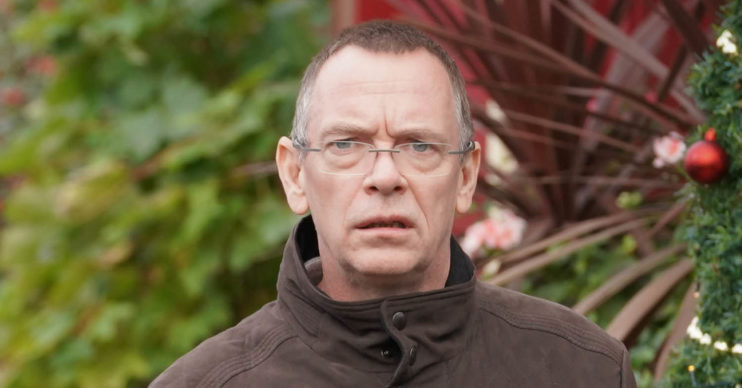 The businessman survived the first attack - but someone wants him dead

Ian Beale returns to the Square in EastEnders completely terrified next week.

Businessman Ian was savagely attacked and left in a serious condition in hospital on the BBC soap last week.

But now, after making a shock recovery, he will walk back into Walford tomorrow night (December 14) – and realise someone still wants him dead.

What happens when Ian Beale returns to the Square in EastEnders?

Ian receives an expectedly frosty reception from his neighbours and he realises that he’s got more enemies than friends now.

And even his allies aren’t focused on him.

His mum Kathy’s attention is elsewhere as she is determined to help grandson Bobby with his battle with his crippling OCD.

The killer teen has become convinced everything bad that happens is his fault for not carrying out his rituals.

But when Bobby mentions Peter knew about it, all hell breaks loose.

Kathy confronts Peter in the pub and all hell breaks loose.

With Ian and his new wife Sharon watching on, Peter mouths off to his grandmother.

EastEnders’ Ian Beale remembers the night of his attack

Furious at Peter’s lack of respect for Kathy, Ben Mitchell launches himself at him violently and knocks him to the floor.

But when Ian sees Ben’s outburst, he has a flashback to the night of his attack.

Panicked, he keeps quiet until later when he tells Sharon that he’s sure Ben was the one who attacked him.

Later things get more complicated for Ben when his alibi falls apart.

Scheming Suki Panesar informs him that her CCTV system was working on the night of the attack and she’s got him on camera leaving the Vic at the time of the attack.

Meanwhile Ian’s left even more terrified when a suspicious package is delivered.

Opening it he discovers a single bullet and it’s clear someone wants him dead.

But with eight official suspects and many more unofficial ones, who is trying to kill Ian Beale?

Who do you think is responsible for the attack? Leave us a comment on our Facebook page @EntertainmentDailyFix and let us know what you think!