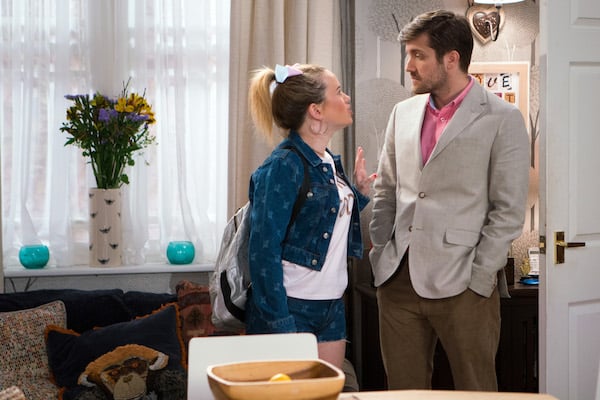 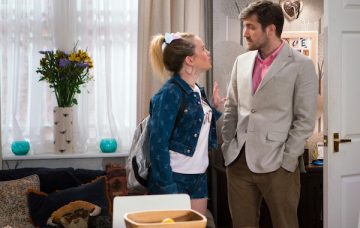 Huge secret from the past to tear Corrie’s Gemma and Henry apart?

With Henry Newton’s past catching up with him, it looks like his romance with Gemma Winter could be over already in Coronation Street.

It’s no secret that Henry is going to be targeted by a group of thugs this week, who it turns out happen to be working for the family of the woman he was supposed to marry.

Henry walked out on his engagement to Cressida after he fell for Gemma, apparently leaving her family with £20,000 of debt from the cancelled wedding.

But while the thugs targeting Henry are trying to get Cressida’s family’s cash back from him this week, he is set to hide the truth about his past from Gemma.

In the second episode of the soap due to be aired on Friday 24th August, Henry goes to great lengths to raise the funds to pay off his debts.

During the opening night for the new-look pub, he goes to change a barrel in the cellar, only to emerge with a broken arm and a plan to sue new landlords Jenny and Johnny.

But are his injuries real, or is this all part of his masterplan to get his hands on some cash?

But next week the truth is revealed to Gemma, and she’s shocked to discover this new shady side of Henry.

The official Coronation Street website has revealed some spoilers ahead of next week, hinting: “After Rita tells her that she caught Henry searching the flat. Gemma begins to doubt his motives.

“Henry explains he’s being hounded to pay for his aborted wedding. Proclaiming his love for her, Henry begs Gemma to go ahead with his plan so they can enjoy their life together, free of his past. Will Gemma agree?”

Henry has certainly given up a huge amount to be with Gemma, but could their romance be over now that Gemma has seen Henry isn’t as clean-cut as she first thought?

Do you think Gemma and Henry make a good couple? Leave us a comment on our Facebook page @EntertainmentDailyFix and let us know what you think!