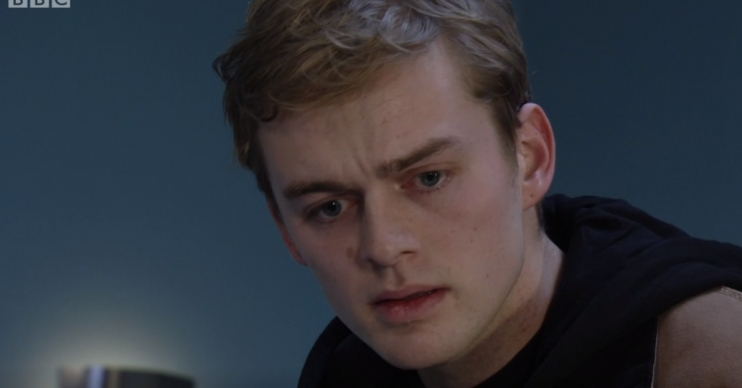 Dayle Hudson, who plays Peter Beale in EastEnders, made a joke as he confirmed his actual height in an Instagram post.

The actor made his first appearance as Peter last week and fans were immediately shocked by how tall the actor is.

In his latest social media post, Dayle quipped about it as he confirmed how tall he really is.

One wrote: “Safe to say Peter Beale has had a growth spurt since his departure.”

A second said: “Your height has come up so much online! It’s great to see Peter back on the Square.”

Another added: “You’re so tall!”

Back in 2014, Peter, who was played by Ben Hardy at the time, was heartbroken when his twin sister Lucy was murdered.

In 2015, for the show’s 30th anniversary, during a live week it was revealed that Lucy and Peter’s 11-year-old half-brother Bobby had killed Lucy.

He returned during the show’s 35th anniversary week after Bobby had been attacked and needed life-saving surgery.

It was also revealed Peter had split up with childhood sweetheart and mother of his child Lauren Branning.

This week, Peter decided to stay at his childhood home, but he soon confessed to ex-girlfriend Lola that time isn’t a great healer.

Has he forgiven Bobby for what he did to Lucy?

Last year it was announced Peter would be returning with actor Dayle taking over the role from previous actor Ben.

Dayle is the seventh actor to play Peter.

Joseph Shade was the actor who has played Peter the longest from 1998 until 2004. In 2004, James Martin took on the role and in 2006 Peter was recast again with Thomas Law.

Were you shocked by Dayle’s height?