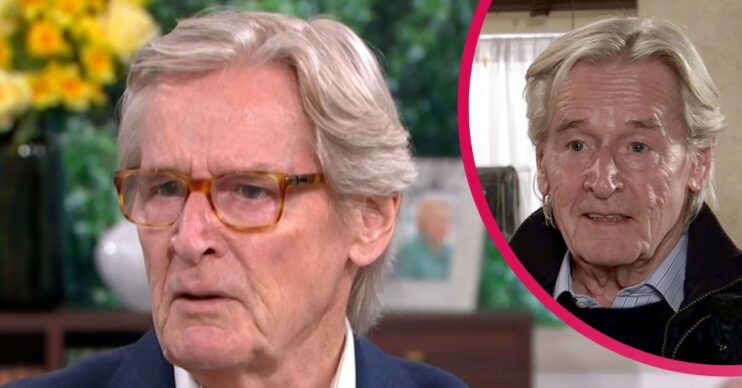 The Ken Barlow actor has no intention of slowing down

Coronation Street legend Bill Roache appeared on This Morning today and left fans completely stunned as they all asked: exactly how old is he?!

The cobbles actor has appeared as Ken Barlow since the very first episode of Corrie in 1960 and despite ageing, he is showing now signs of slowing down.

Bill’s big birthday has been widely publicised this week with a documentary celebrating him airing on Tuesday night. 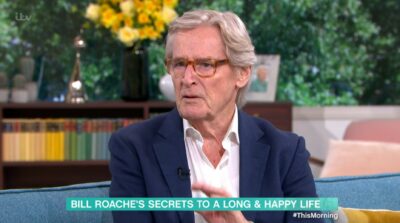 How old is Bill Roache?

And, boy, he looks amazing!

It didn’t go unnoticed by fans watching his interview with Phillip Schofield and Holly Willoughby.

I swear William Roache must be drinking the blood of virgins or something. He’s unnaturally youthful #ThisMorning

Is William Roache a Vampire the bloke never ages #ThisMorning

I wanna know why Ken Barlow.looks younger than me, and hes 38 years.older #ThisMorning

I’ll tell you what, #BillRoach does NOT look 90 #ThisMorning

Phil questioned Bill on the secret to looking so good and being so well for his age, stating his main thing is “being positive.”

“If you listen to the news and read the papers too much, there’s not much joy around is there? So if you can enjoy yourself and find the joy in whatever you do, it makes such a big difference.

“The other thing is this ageing thing,” he continued.

Bill also revealed another secret is to ‘never stop learning’, as well as exercise.

He goes once a week to do fun fit, which is a mixture of all ages doing an exercise class. Bill was shown doing the moves on his ITV documentary earlier this week.

The actor has his birthday on Monday and said he has no idea what he’s doing to celebrate, but that he would be “surprised if there was no surprise”!

Bill told the hosts he has no intention of retiring any time soon from the Street.

“No, while I can do it and while they want me, I’ll be there,” he insisted.

“The ageing thing is a belief system to a large extent. No keep going, I stand up a lot – my main exercise is not sitting down.”

Were you shocked to hear how old Bill Roache is? Leave us a comment on our Facebook page @EntertainmentDailyFix and let us know what you think.