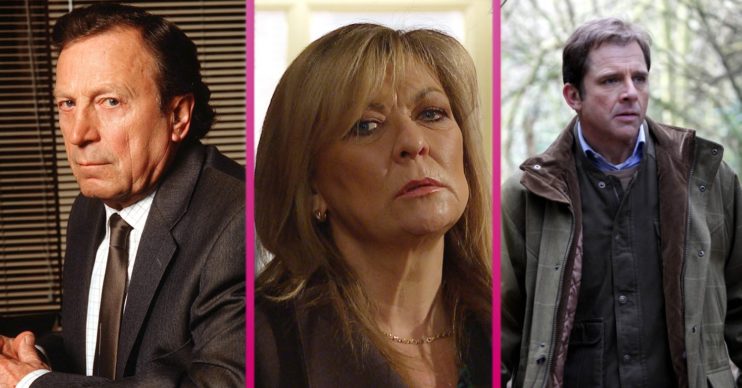 Home Farm Emmerdale: Who has owned the property?

Home Farm Emmerdale: Who has owned the property?

In 1973, George and Laura Verney resided at Home Farm. However back then it was known as Miffield Hall.

In 1978, following the death of George, his nephew Gerald Verney took over the manor. But he was forced to sell the family home of 400 years to pay off debts.

It was also a time for change in the area as Beckingdale village (now known as Emmerdale village) saw Miffield Hall renamed to Home Farm.

The first manager of NY Estate was Trevor Thatcher, followed by Maurice Westrop and then Richard Antsy.

In 1988 NY Estates pulled out of Home Farm and in came new owner Denis Rigg, who set about getting a reputation as the evilest man in the village. However he was crushed by a bull in July 1989.

Home Farm Emmerdale: The Tate’s and The King’s

The Tate family took over running Home Farm in 1989. Frank Tate, his wife Kim and his two children Chris and Zoe (from a previous marriage) arrived in the village.

However they were far from the perfect family. In 1997, Kim left Frank to die after he suffered a heart attack.

In January 1999, she fled the village with her and Frank’s youngest son Jamie.

After Chris died, Home Farm was left to Zoe Tate. But in 2005, she was blackmailed into selling the property at a greatly reduced price by the King family.

Read more: Who is Priya in Emmerdale and how many times has she been married?

As revenge, Zoe blew up the house before leaving the village. But the repair work was soon done and the King family moved in.

After Tom King died (by being murdered by his son Carl), Tom’s sons Carl and Jimmy were forced to sell the property in 2008 when the faced financial ruin.

The Wylde family and The Macey family

Mark and Natasha Wylde bought Home Farm from The King brothers and moved in with their three kids Nathan, Maisie and Will.

But like many of the other families who owned Home Farm before, their life was far from perfect.

It was revealed Mark’s real name was Daniel Lamb and he was a bigamist – he was married to another woman named Faye Lamb.

In the 80s he ran away from Faye (unaware she was pregnant). He later met Natasha and used the name Mark Wylde and they started a family together

However in 2010, Natasha ended up killing Mark and is currently in prison for his murder.

Declan Macey became the next owner but in 2013 he lost everything due to financial worries and he ended up torching the place.

In 2014 the estate was repossessed.

Lawrence White bought Home Farm in 2014 and moved in with his daughter Chrissie, her fiancé Robert Sugden (the son of Jack and Sarah Sugden) and Chrissie’s son Lachlan.

Lawrence decided to sell the property in 2018. The new buyer was none other that Joe Tate, the grandson of Frank and son of Chris.

However in 2018, Kim Tate came back to the village and wanted Joe dead.

She ordered her employee Graham Foster to kill Joe, however he had been like a father to Joe.

After Cain hit Joe, viewers didn’t know if Joe died or if he had ran away. But it was later revealed that Joe was alive and living abroad.

Read more: Who is Belle Dingle in Emmerdale and what happened between her and Jamie?

Meanwhile in 2019, Kim came back to the village permanently and moved into Home Farm. The same year, her son Jamie, who is now an adult, arrived in the village.