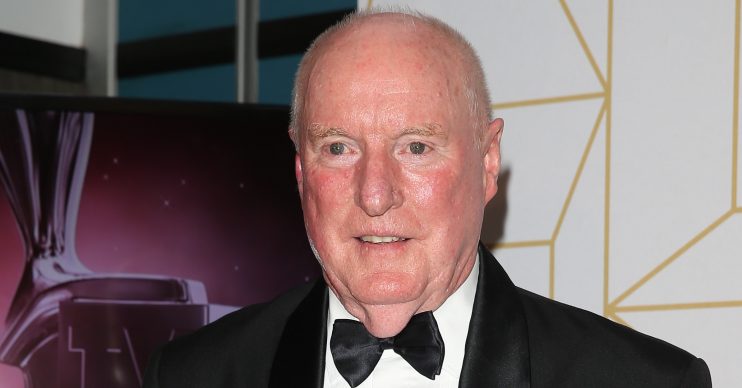 Veteran Home and Away actor Ray Meagher has spoken out about his emergency heart surgery.

The actor underwent a tripal heart bypass earlier this year after three blockages were found, and he has now said it’s given him a new perspective on life.

Ray has returned to filming as show legend Alf Stewart and has now spoken to Australia’s New Idea magazine about what happened.

The actor revealed he was going in for a routine check up after seeing a cardiologist regularly for 10 years.

He had never had symptoms, but this time he had a “shortness of breath”.

“I went in for an angiogram the next day where they found a bit more than they thought they might,” he revealed.

“About 48 hours after I first saw the cardiologist, I was going under the knife.

“It was all very quick. I didn’t have time to think about it and that was probably a good thing.”

The 75-year-old thanked his wife Gilly, who used to be a nurse, and said he doesn’t know what he’d have done without her.

Speaking about how the surgery made him reflect on life, he added: “When you wake up after the surgery, you do think ‘Well, here we go again! How good is this? A second chance’.

“It does make you count your blessings.”

Ray appeared in the very first episode of Home and Away in 1988 and is the only original cast member still in the show.

His colleague Lynne McGranger recently responded to rumours that the popular show is facing the axe, saying the stories “may be true”.

Head over on our Facebook page @EntertainmentDailyFix and join the conversation.