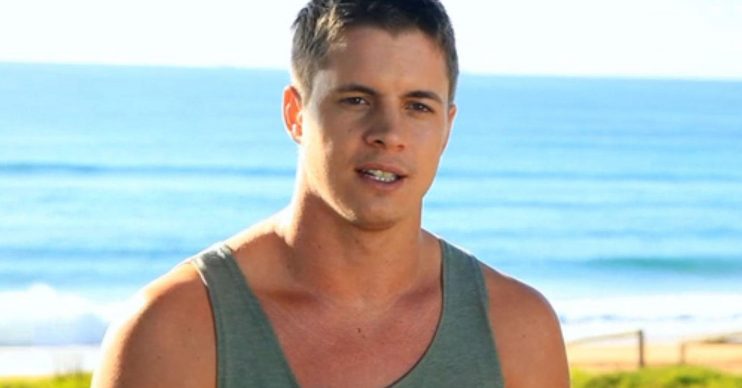 Actor Johnny Ruffo has given his fans an update on his health after a two-year battle with brain cancer.

The former Home And Away star, 31, shared an emotional message with his 234,000 Instagram followers, revealing the uplifting news that he had “beaten the horrible disease”.

Johnny, who played Chris Harrington in the Australian soap from 2013 to 2016, posted a scan of his brain with cancer and without.

He wrote: “Exactly two years ago versus today. So glad to have beaten this horrible disease. Thank you for all the support! #braincancer.”

Replying to a well-wisher and fellow sufferer, Johnny added: “Leading up to my first scan was probably the worst. I had so much anxiety, but you just need to stay extremely positive.”

He continued: “My first results weren’t amazing but I kept fighting and stayed strong. If you’re ever in doubt, just think of me being right there beside you in spirit – you got this, don’t let it beat you, you are a winner.”

In another interaction with a fan, he explained he had been diagnosed with a “stage three oligodendroglioma” – a primary brain tumour, which means it originated in the brain instead of spreading from elsewhere.

Johnny’s model girlfriend Tahnee Sims also commented on the post, writing: “Strongest person I know. We got this.”

She also posted a tribute to her boyfriend on her own Instagram page, saying: “Two years on. So grateful to still be doing life with my best friend.”

Her film featured some of the scarier moments from his health battle, including having the staples removed from the huge wound across his head after having the seven centimetre brain tumour removed.

Johnny, who came to fame as a singer on Australian X Factor in 2011, announced he had undergone surgery to remove a brain tumour in August 2017.

He was diagnosed with brain cancer after visiting the hospital with a suspected migraine.

The next morning, he had fallen into a coma and survived emergency surgery to remove the cancerous mass which was threatening to kill him.

He then endured chemotherapy and radiotherapy to fully rid him of the disease.

At the time he said: “The diagnosis was a bit of a shock and I’ve got an interesting journey ahead of me and a bit of a battle.

“I am starting aggressive treatment for the next few months to fight the diagnosis of brain cancer.

“Please stay positive for me and I’ll try to update you guys on my progress.”

Since being cleared of the disease, Johnny has returned to music, releasing his comeback track Broken Glass last month.

Johnny, who took part in Dancing With The Stars Australia in 2012, has also been very open about his mental health struggles in the past, admitting he has suffered from depression and anxiety for 10 years.