Jake Ryan, who plays Robbo Shaw in Home and Away, has announced he and his partner Alice Quiddington have become parents for the first time.

The actor shared an image of his newborn to his Instagram page.

The gorgeous snap reveals the couple had a little boy on Sunday (October 6) - and they've called him Wolf!

IN THIS LIFE!!! 'Be still, my beating heart‘ WOLF RYAN....mind blowing experience... @alice__q was phenomenal and recovering well. Superwomen ♥️♥️ A big Thankyou to all the nurses, doctors, midwifes and support staff at @royalforwomen Randwick women’s hospital. Amazing amazing team of humans that brought our little mate into the world 🙏🏻♥️🙏🏻♥️👶🏻 #babiesoftheroyal

Read more: Hollyoaks' Nadine Mulkerrin ready to have her baby

He wrote alongside the image: "IN THIS LIFE!!! 'Be still, my beating heart' WOLF RYAN... Mind blowing experience.

"A big thank you to all the nurses, doctors, midwives and support staff at Randwick Women's Hospital.

"Amazing, amazing team of humans that brought our little mate into the world."

Jak'se co-stars were some of the first to offer their congratulations.

Sarah Roberts, who plays Willow, wrote: "Congrats to you both, beautiful news!"

And Lynne McGranger, who stars as show legend Irene Roberts, added: "Congratulations Jake and Alice, what a beautiful little human you've made."

"Ahhh! Jakey, he's here," added Penny McNamee. "Congratulations friend, I'm so so thrilled for you. Hold on for the ride of your life! Love to you THREE!"

Jake and Alice announced their news in May with a picture on Instagram.

"It's been really great training, I've had daily baby classes, it's been great," he told the publication.

"I've had a crash course for the last eight weeks, it's like baby school university."

On screen in Australia, Robbo's friend Tori has just given birth to their baby who was conceived via IVF. 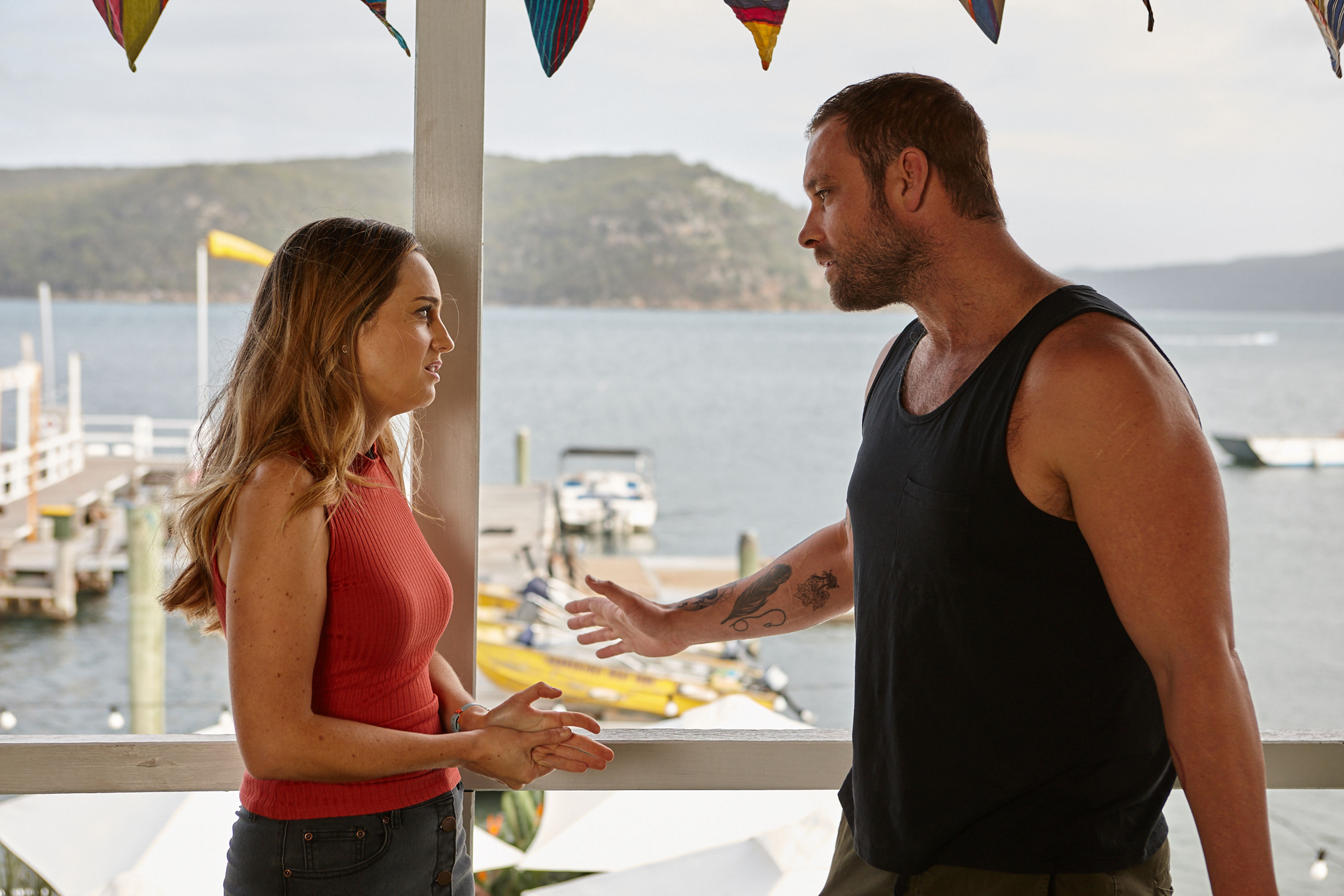 Tori and Robbo have a baby together (Credit: Channel 5)

Things took a turn though when moments after having their daughter, Tori collapsed.

She's set to be rushed to hospital where she will fight for her life.

Meanwhile, Robbo has finally had his tormenters arrested after weeks of stalking and blackmail.

Tori ended up having to give birth in a safehouse after her life and that of their unborn baby was threatened by the men who wanted Robbo to give up where Dylan Carter was hiding. 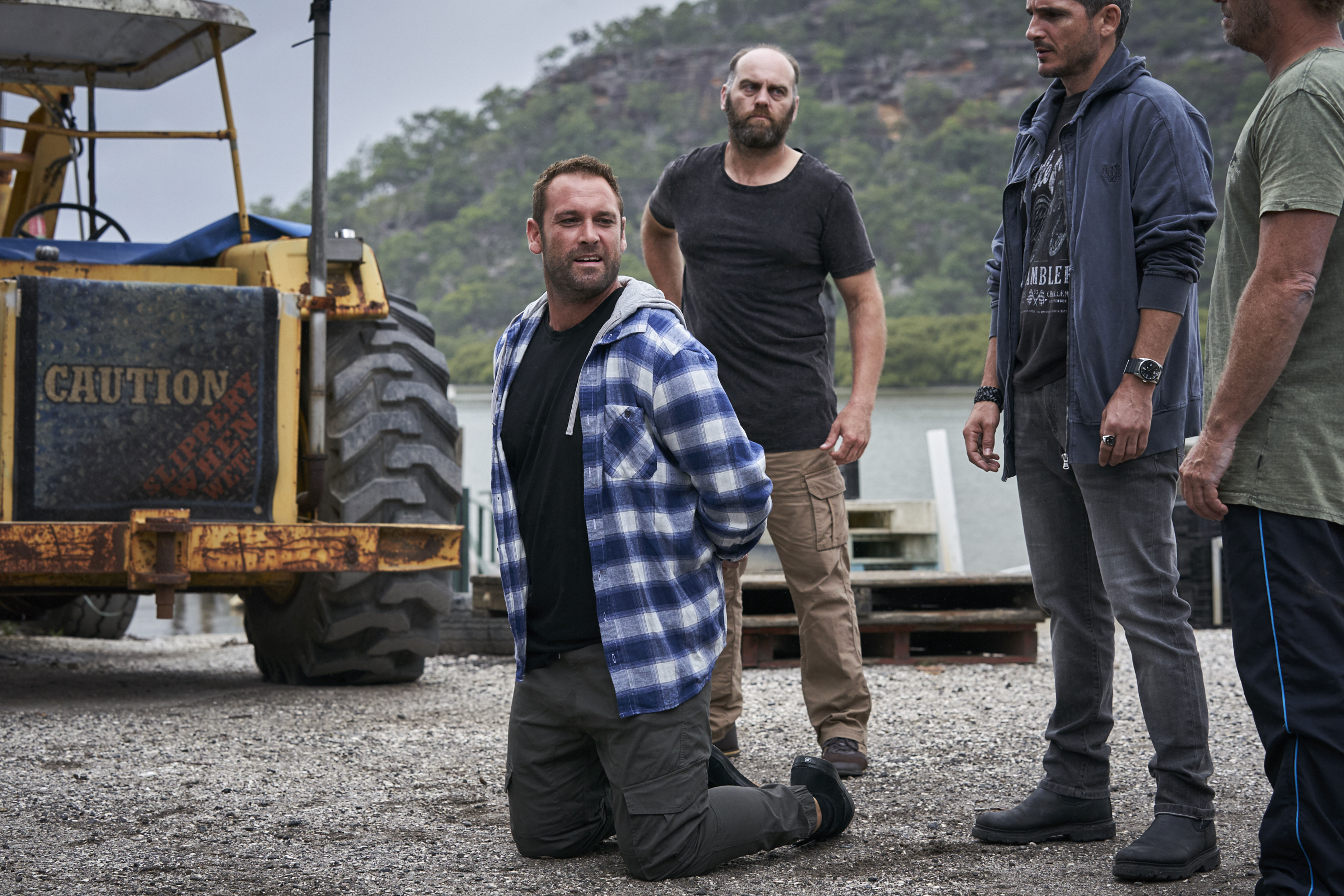 Robbo has been in hot water (Credit: Channel 5)

Despite Robbo insisting Dylan was dead, they didn't believe him and he was brutally assaulted in an attempt to extract information from him.

Sharing an image of his completely bald head, Jake revealed he's still kept his beard and moustache, and captioned the snap with the hashtag: "#baldisbetter."

Jake hasn't revealed whether he shaved his head for charity, but some of the comments on the post suggest that was why he did it.