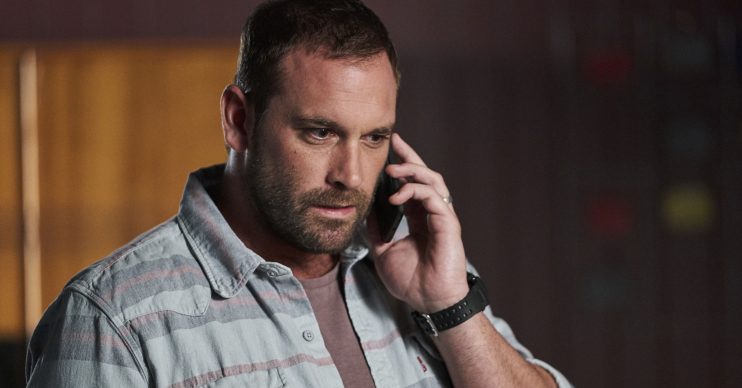 He's had a VERY close cut

Jake Ryan, who plays Robbo Shaw in Home and Away, has unveiled a new look on Instagram – he’s gone completely bald!

Sharing an image of his shaved head, Jake revealed he’s still kept his beard and moustache, and captioned the snap with the hashtag: “#baldisbetter.”

Fans were divided over the new look with one saying: “Loving your new look, it suits you.”

Another agreed: “You look great bald and you shaved your head for an amazing reason.”

“No hair really suits you,” added a third.

What an awesome day! Thanks @concordjaguarlandrover @jaguaraustralia for letting me play with a few beasts for the day!! I reckon we could squeeze a car seat in this @alice__q #jaguarftype #jaguar #performance #beast 🤟🏻🐾🐾🐾🐾 🙌🏼 @mr_cameroncarter

But not everyone was convinced with one saying: “I know the reason you shaved your head, but please grow some hair back.”

“You’re so handsome, but grow your hair back please,” wrote a second.

Jake has not explicitly revealed whether he shaved his head for charity, as some comments on the post suggest, or just for a change.

Yesterday, Jake’s co-star Lynne McGranger revealed she was set to strip off for breast cancer awareness in the Australian version of The All New Monty: Ladies’ Night.

Lynne told how she was doing it in memory of former Home and Away actress Belinda Emmett, who died in 2005 from breast cancer.

In Home and Away at the moment, Jake’s alter ego is having a hard time.

After finally marrying Jasmine, he’s been stalked and subjected to a series of sinister messages and mysterious notes saying: “Time to talk.”

This week has seen Robbo kidnapped and brutally assualted by men demanding he tells them where Dylan Carter is.

Robbo has insisted Dylan is dead, but the men don’t believe him – is Dylan actually still alive? And Can Robbo find him and save his own life?

Off screen however, things are looking rosier. Jake and his girlfriend, Alice Quiddington are awaiting the arrival of their baby boy, who’s due any day now.

Robbo is expecting a baby via IVF with friend Tori Morgan.

“I’ve had a crash course for the last eight weeks, it’s like baby school university.”