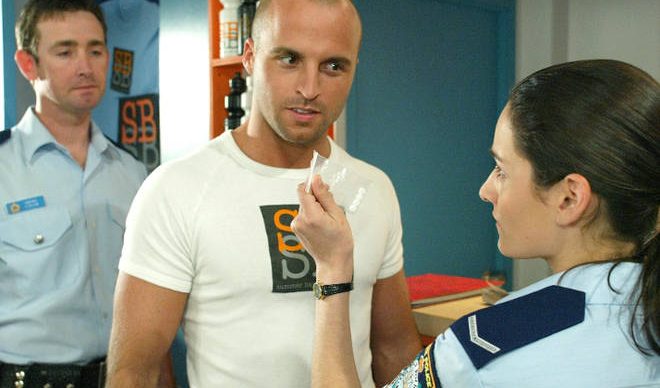 Home and Away: Friends and co-stars of Ben Unwin pay tribute

Friends and former co-stars of tragic Ben Unwin, the Home and Away actor whose death was revealed yesterday (Tuesday August 20), have paid tribute.

Ben’s body was found at his home in Minyon Falls in New South Wales, on August 14, but his death is “not being treated as suspicious”.

The former star was on the Australian soap as Jesse McGregor on and off from 1996 to 2005, but had since retrained as a solicitor.

“The body of a 41-year-old man was located. The death has not been treated as suspicious.”

Tributes have poured in for the late actor, with former Home and Away co-star Lynne McGranger, who plays Irene Roberts on the show, replying to another tweet about Ben’s death with a sad-faced emoji.

Kristy Wright, who portrayed Ben’s on-screen girlfriend Chloe Richards between 1995 and 1999 – has also paid tribute to her late friend and co-star.

Kristy spoke of her regret at not being in touch with Ben “in a few years” and is devastated at the thought she’ll never see him again.

Alongside a gallery of old photos of them together, she wrote on Instagram: “I’m completely lost for words.. heartbroken and shattered….

“You were one of the most talented people I know, one of the kindest, smartest and funniest. You were a rock star. I am hearing your laugh now as I write this.

“I can’t believe you’re not looking at the same sky as me right now. I miss you now that I know I will never see you again..

“I will forever regret not reaching out more.. Beautiful Benny, Unners, Dingers… I’m so sorry. I love you. RIP my old friend.. see you on the next magical journey. (sic)”

Kristy recalled how she had a “crazy schoolgirl crush” on Ben from the moment they met and was delighted when they were thrown together on the Australian soap.

She said Ben “harassed the writers to create a love story” between their characters and it made them both so happy to work so closely together.

“I sit here, with tears, as I look through old photos of us on our magical journey into adulthood. I feel privileged to have known you the way I did.”

A spokesperson for Home and Away told Australia’s Channel 7: “Cast and crew from Home and Away are saddened to learn of the passing of former castmate, Ben Unwin.

“Ben’s work in the role of Jesse McGregor is remembered with much affection.

“Ben’s family and friends are in our thoughts and prayers.”

Kimberley Cooper, who played Gypsy Smith in the soap, paid tribute to her former co-star.

She wrote: “My first tv week cover was with you. We had years of laughter, be it giggles on set trying to get through scenes as lovers or doubled over belly laughs at the pubs after work.

“I will be sad for now, but I promise to tell stories of great joy about our times together. You forever hold a special place in my heart. Love you Onion (sic)”

My first tv week cover was with you. We had years of laughter, be it giggles on set trying to get through scenes as lovers or doubled over belly laughs at the pubs after work. I will be sad for now, but I promise to tell stories of great joy about our times together. You forever hold a special place in my heart. Love you Onion ❤️

Ada Nicodemou, who plays Leah Patterson-Baker on the soap, also paid tribute, telling Yahoo! Lifestyle: “I just woke up to the tragic news of Ben’s passing, my heart goes out to his family.”

And Ben’s employers, legal firm Whitelaw McDonald, where he worked as a senior solicitor, issued a statement also to Yahoo! Lifestyle:

“Ben was a well-respected colleague and lawyer. Ben’s achievements in the field of law and media were exemplary and reflected well upon him and his family.

“This marks a great loss to both the media and legal profession.”

His role earned him a National Television Award in 1997 for Most Popular Newcomer.