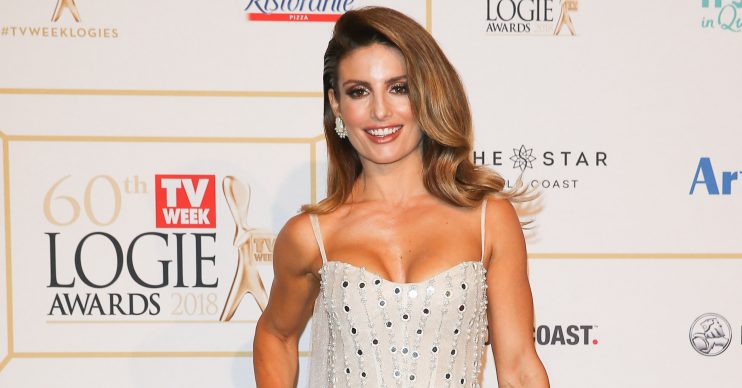 Ada Nicodemou, who plays Leah Patterson-Baker in Home and Away, has continued her Greek getaway by sharing more gorgeous pictures of her break.

Living in Australia surely means the 42-year-old actress is no stranger to wearing a bikini, but in her latest holiday snaps she looks absolutely sizzling in a purple bandeau swimsuit.

And she’s also being a fun mum, playing with her son, Johnas, on the sandy beach, clearly having a great time.

Fans loved the pics, with many commenting she looks “stunning” and “beautiful” and one adding: “You have the body to die for.”

“Looks like you’re having fun with your two favourite boys,” said another.

Someone else agreed: “Beautiful fun times, soak them in while your baby is young, blink and they’re all grown up.”

Ada, Johnas, seven, and her partner Adam Rigby appear to be Greek Island hopping having started out in Athens, Ada’s also shared pictures from Crete and Rhodes.

With Greek-Cypriot parents it’s no wonder the star likes to spend her vacation time exploring her heritage.

She has kept fans updated of their travels with plenty of Instagram pictures and it looks like she and Adam are very loved up!

Last week, Ada shared pictures from the first day of the holiday with the family hitting the ancient Acropolis.

Her co-star Lynne McGranger (Irene Roberts) was one of the first to comment on the pics saying: “Have a wonderful time, love!”

Read more: Viewers shocked as ‘Home and Away faces the axe after 31 years’

In another gallery of images, the actress looked chic on an evening out with her boys.

“One of the best views in Athens,” sha captioned the shots – and she’s right!

One of the best views of #Athens @hiltonathens

Ada, 42, recently opened up about feeling more comfortable in her own skin.

Speaking to Australia’s New Idea, she said: “I think the older I get, the more positive I am about my body,

And she certainly looks great!

Ada has played Leah in Home and Away for 19 years and is one of the longest serving cast members on the show.

She has two dead husbands and a third divorce behind her, as well as many other relationships, and is currently dating Justin Morgan.

In real life, Ada has been with Adam since 2016 following the breakdown of her marriage to husband Chris Xipolitas.

Ada and Chris wed in 2007 before a brief separation in 2010. They reconciled and Ada gave birth to Johnas in August 2012.

She announced she was expecting the couple’s second child in 2014, but sadly the little boy was stillborn.