Stephanie Davis is desperate to return to Hollyoaks after her shock departure from the soap.

The Sinead O'Connor actress took a break from the Channel 4 show after her split from co-star boyfriend Owen Warner in September.

In last night's episode Sinead failed to return to the village for her own wedding to Sami Maalik.

Instead she sent word that she intended to stay in Spain for a while leaving fans concerned she had left for good.

But now actress Stephanie has confirmed she will return to the soap - and soon.

She tweeted: "Big love for the tweets guys! The love is UNREAL as always. I’ve not gone anywhere don't you worryyy! I Cannot WAIIITTT to get back.

"I've not left, Im just having a well earned rest and took some time out to spend with my baby boy.

"It's my home! Get me back behind that camera." 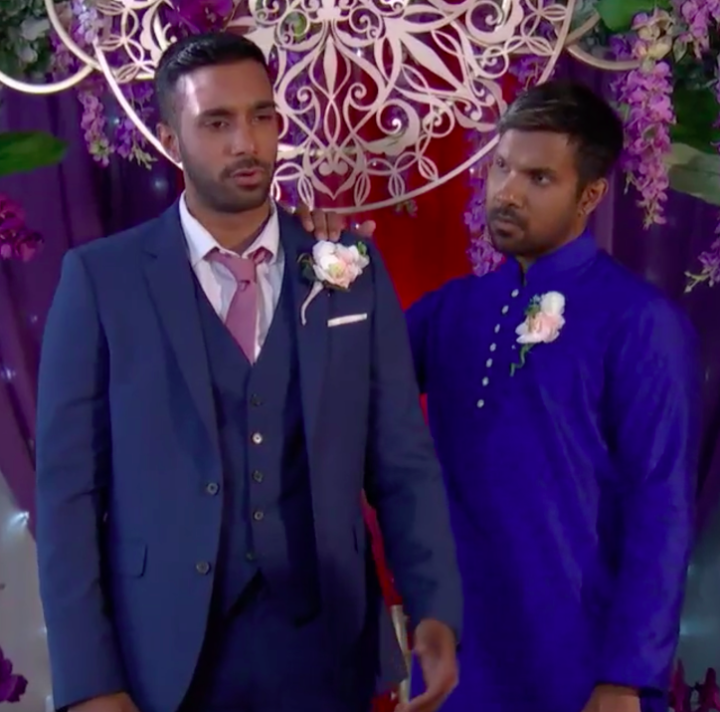 Sami was devastated when Sinead failed to turn up (Credit: Lime Pictures)

At the time, it was reported that things had grown tense between the former couple after their split.

A source told the Mirror: "It was all a bit too much for him. Stephanie has been very full on the last few months.

"It was blatantly obvious she was moving the relationship forward at a rate of 100 miles an hour and him being the age he is found it very difficult to breathe. It was all very suffocating.

"He's moved out of her house but the fact they are still working together is proving very difficult for both cast and crew. She's not the easiest person to be around when things aren't going her way.

Stephanie and Owen when she returned to the soap just over a year ago. He plays Romeo Quinn in the soap.

The pair quickly became close and moved in together with her two-year-old son Caben-Albi who she shares with ex Jeremy McConnell.

Are you looking forward to Steph returning as Sinead? Leave us a comment on our Facebook page @EntertainmentDailyFix and let us know what you think!

Smarties launches three varieties of Buttons with mini Smarties INSIDE them