Jake Quickenden is joining Hollyoaks in a bid to kick start his career as a soap actor.

The Dancing on Ice champion has long wanted to be an actor on television, ever since he presented on E4 - and now he finally looks set to achieve his dream.

According to The Sun, the X Factor and I'm A Celeb star will play a builder for a dramatic series of episodes that will form the autumn stunt that the Channel 4 soap has become legendary for.

The newspaper reports that Jake's character could even become a permanent feature - if he survives the stunt, that is.

He told Digital Spy: "We're really happy about October this year. We want to deliver our best stunt yet for the audience. Year after year, viewers tell us that the autumn stunt is one of the highlights of their enjoyment of the show. 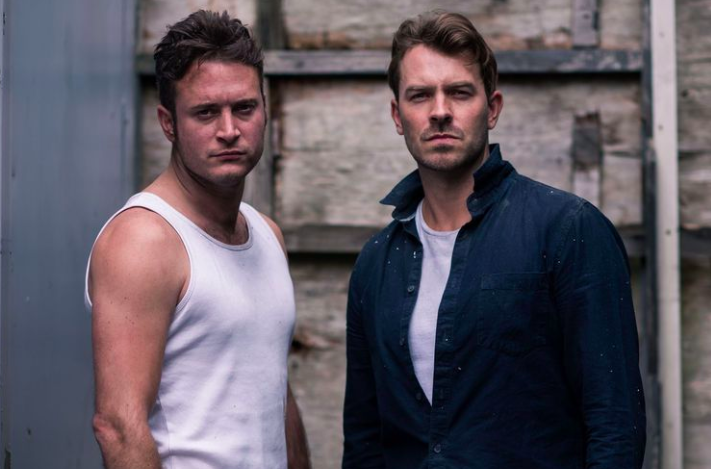 Luke and Darren will feature alongside Jake's character for the big stunt (Credit: Lime Pictures)

"What's fantastic this time is that we'll be including some story threads which have been lying low, such as the paternity of DJ. We have a big love story that will explode, literally! And we have some eye-watering stunts as always.

"That leads into another great big story for characters connected to the stunt week, so it's a really big October for the show."

I'm just so happy to get amazing opportunities handed to me.

He previously revealed he would love to appear on Hollyoaks.

Jake told Lorraine: "You know what, I'm just so happy to get amazing opportunities handed to me.

"I used to work in McDonalds and now I'm doing an interview in my bed. If something like Hollyoaks came up I would jump on it, that's all I'll say."

Are you excited to see Jake in Hollyoaks? Leave us a comment on our Facebook page @EntertainmentDailyFix and let us know what you think!