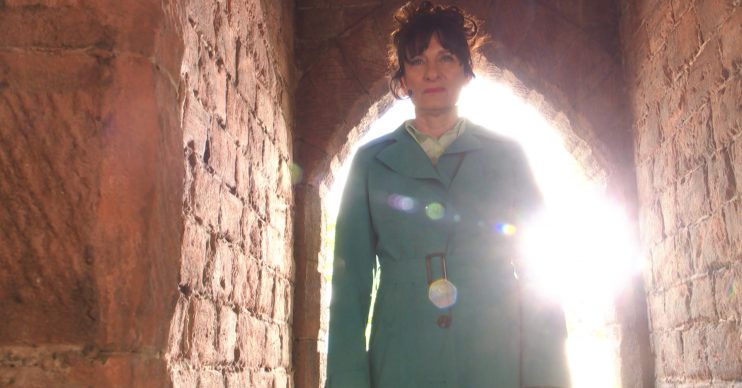 Harry will be Bred'a eighth victim

In last night’s E4 first look of Hollyoaks it was revealed that Breda killed off Harry after he planned to leave behind his son Isaac.

In the episode (July 22 2019) on Channel 4, Harry woke up after being drugged by boyfriend James and ended up missing his plea hearing.

Sadie told Tony that she thought Harry had done a runner as he hadn’t turned up to court.

Furious with his son, Tony turned his back on Harry leaving bad-dad killer Breda furious at Tony.

In the first look, it appeared Breda was going to kill Tony as she was furious at him for pushing his son away but she was surprised when she found him crying.

The serial killer encouraged Tony to find Harry and bring him home and stand by him even if he’s guilty.

However, Harry was planning to go on the run, even saying his goodbyes to Ste.

As Harry headed to The Dog carpark he overheard Liam and Mercedes talking about the hit and run and realised that it was Mercedes who was driving that night.

He begged her to go to the police and tell the truth, but Mercedes threatened to kill Harry if he told anyone. Little did Mercedes know that Harry had recorded her confession on his phone.

Meanwhile, Breda went to visit Sadie and found out Harry walked out on her and Isaac…

Read More: Hollyoaks SPOILER: Mercedes McQueen “to get her comeuppance” this year

As Harry listened to a voicemail from Tony saying that he loves him, Breda stepped out in front of him and stabbed him.

Harry called for his dad as he lay dying on the ground and Breda preached about bad dads needing to pay.

Viewers are gutted and furious that Harry was killed off.

Can believe Harry has been killed off! #Hollyoaks 😢😢😢😢

I did say before the only way to end all this was for Harry to leave the village for good. I didn’t mean he be killed though! But me and my big mouth…I don’t know how to react, honestly. #harrythompson #hollyoaks pic.twitter.com/jbl5UpM5Hq

I was never Harry's biggest fan but killing him like that was cruel. Boo Breda #Hollyoaks #KillerMcQueen

Will Breda be caught this time or will the hit and run confession recording get out and the blame be pointed at Mercedes?