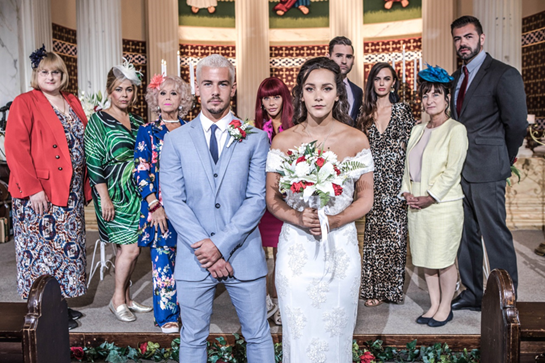 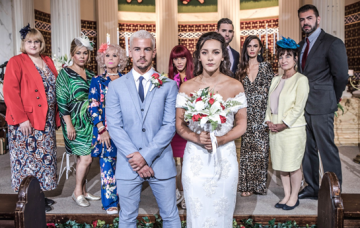 Hollyoaks to air special episode for Cleo and Joel’s wedding

Cleo's big day won't be quite what she had planned

Hollyoaks fans will have seen Cleo and Joel lose control of their wedding day as Nana and Goldie take over the plans for the double celebration with Mercedes.

Annoyed that their special day was being overshadowed, Cleo and Joel planned their own secret wedding, separate to anything that had already been organised.

But as the big day approaches, Cleo is struggling to keep her bulimia under control.

During the stand-alone episode, viewers will see Cleo recount her special wedding day to Joel, only to discover that the happy memories are all in her mind.

A Hollyoaks insider has revealed: “During the episode Cleo recalls every detail of her wedding day to her psychiatrist Farrah, from the second she wakes, to walking down the aisle, to how excited she is to become Mrs Dexter.

“But then Farrah interrupts her story and it is revealed that Cleo has only been telling lies as she sits in a hospital bed.

“She then eventually reveals the true sequence of events… from setting her alarm for 4:00am, she runs for hours despite her blisters, she uses whitener to cover her rotting teeth, and makeup to cover her bruises.”

“She’s lost so much weight her wedding dress no longer fits and she’s had to pin it back, terrified that someone might notice. She can barely manage to stand as she holds tightly onto her auntie Myra as she walks down the aisle.

“Cleo then reveals how her heart started pounding, she felt sick and sweaty, only just managed to keep it together for half the vows.

“Breaking down to Farrah, Cleo admits it should have been the most amazing moment in her life, but then everything started fading away… “

In addition to this special episode, Hollyoaks has been working closely with charity BEAT and Nadine Mulkerrin, who plays troubled Cleo, has filmed a short documentary called Cleo’s Bulimia: Real Life Stories, which will be available to watch on Hollyoaks Official YouTube on Wednesday 10th October.

This episode will air tonight on E4 at 7pm, and tomorrow on Channel 4 at 6.30pm.