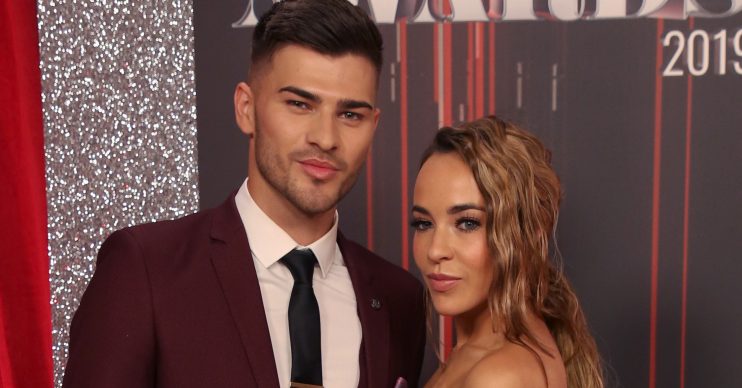 Fans said they looked like a “fairy-tale” couple after they attended a friend’s wedding recently.

But rumours have surfaced that Hollyoaks star Stephanie Davis’s relationship is on the rocks.

Steph, 26, has been dating her soap co-star Owen Warner, 20, for the past eight months.

The couple met when she returned to Hollyoaks to reprise the role of Sinead O’Connor after a three-year break from the show.

With their relationship seemingly going from strength to strength, Stephanie has spoken about marrying Owen and even adding to her brood.

She is currently mum to two-year-old Caben-Albi with her Celebrity Big Brother star ex Jeremy McConnell.

Now the star has been forced to deny claims that her relationship with Owen is on the rocks after The Mirror reported that her beau had “blocked her from Instagram”.

A source claimed that Owen had also “moved out” of Steph’s home.

They said: “It was all a bit too much for him. Stephanie has been very full on the last few months.”

They added: “It was blatantly obvious she was moving the relationship forward at a rate of 100 miles an hour and him being the age he is found it very difficult to breath.”

Read more: Amy Hart has been on “a string of dates” with DJ Toby Anstis

However, a second source close to the actress said the couple had simply had an “argument” and called the spat a “blip”

They said: “There’s been a bit of a blip with Owen – they’ve just had an argument that’s all – they haven’t split.”

I didn’t know what true love was, until I met you…❤️

A source also told OK! that the split claims are “not true” and are to be “ignored”.

Taking to Instagram recently, Steph commented that she was “winning” at life and said she had “finally” got her happy ending.

She posted: “For where I am in life now, I’m winning. It’s all about my beautiful baby boy & if I’ve made him proud, then that’s all that matters!”

She added: “Caben has a happy mummy (still a tired one haha but happy) I met my best friend Owen and… I finally FINALLY got my happy ending!”

The split rumours come after Steph’s ex Jeremy announced he was expecting a baby with his solicitor girlfriend.

Let us know what you think of story on our Facebook page @EntertainmentDailyFix.