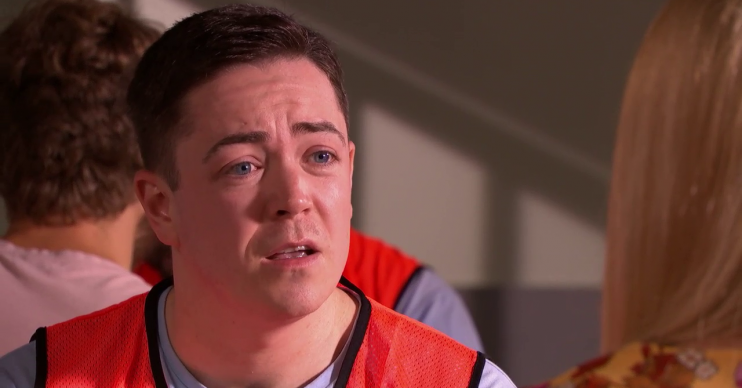 Diane is left with a big decision

Diane Hutchinson is faced with a terrible dilemma in next week’s Hollyoaks as her rapist son prepares to be released from prison.

When Finn calls and asks to see her, she’s torn over whether to go at all.

But when she does decide to face him again, Diane is stunned when he tells her he’s requested that he is rehoused away from Hollyoaks village.

He wants to make sure he doesn’t cause any more pain and thinks it’s best all round, but Diane doesn’t agree…

Struggling with the thought of her son being outcast from the village that was once his home, she doesn’t know what to do.

Both Tony and Sinead are very against the idea of his return, but what will Diane decide to do?

With Sinead recently having been raped herself, by her husband Laurie, can she face living under the same roof as a convicted rapist – even if it is her own brother?

Alex Fletcher, who plays Diane reveals she really is in a mess: “Tony basically says that if Diane were to have anything to do with Finn then that’s it, they’re done.

“It’s a dilemma for Diane, because it’s her son and I think she’s clinging on to the fact that he’s redeemed himself, he’s sorry for what he’s done and realises the impact of his actions.

“I think that’s why she can move forward with it, because she’s questioned him inside and out and he’s pulled on her heart strings.”

And Alex reveals Diane’s reaction to Finn’s decision to move away speaking volumes: “She’s heartbroken, and feels like caving, she doesn’t want that to happen at all.”

But knowing how hard it would be to return, will Diane give him her blessing to move away?

“She’s conflicted because she knows that there is a lot at stake,” admits Alex.

“Diane’s got to think about where he’s going to live, will he come back home, what would the reaction be like from Nancy and everybody else in the village whose life he’s affected.

“She’s quite blinkered, Diane, and I think that when she has something in her head, I don’t think she really cares about anything else.

“She has to believe he’s changed because she wouldn’t go and visit him otherwise.”

What decision will Diane make? And will she end up losing everything to help her son?