Hollie-Jay Bowes joined the cast of Cold Feet this week - and looked virtually unrecognisable from the punk Hollyoaks character she's better known for.

The actress, now 30, played pink-haired Michaela McQueen in the E4 soap but hasn't been seen since 2012, when her character was offered the chance to tour with a band. 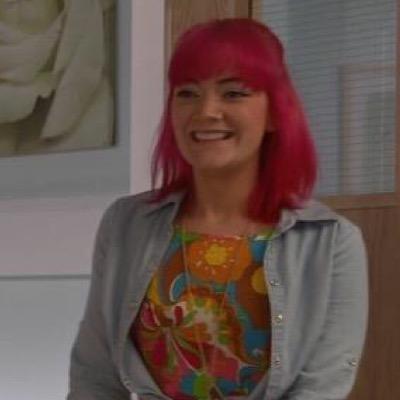 Hollie-Jay starred in Hollyoaks as Michaela McQueen between 2006 and 2012 (Credit: Lime Pictures)

This week, Holli-Jay appeared in Cold Feet as a work colleague of James Nesbitt's character Adam.

Did anyone else see Hollie-Jay Bowes back on our screen on Cold Feet?

Eagle-eyed fans spotted the former soap star's guest appearance as Sophie, who was present when Adam made what some considered to be an offensive and sexist remark about a girl in HR.

However, Michaela's pink hair had been replaced with long blonde locks, as she chatted to her colleague Adam. 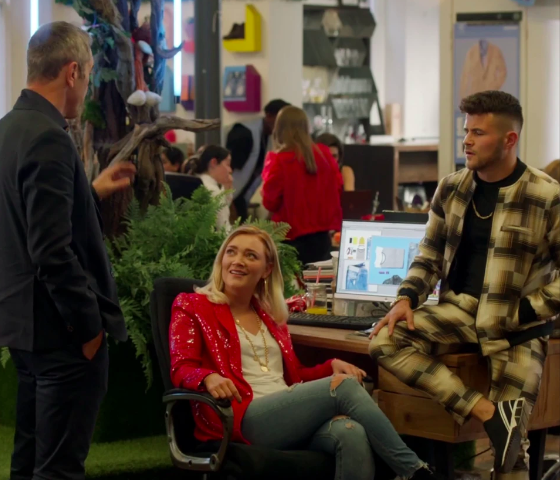 TV fans were quick to comment on Hollie-Jay's appearance, with one tweeting: "What a great surprise to see you in Cold Feet. I remembered you from your hilarious cameo on No Offence. You did a great job as Sophie :)."

Another said: "Hollie-Jay Bowes, nice to see you in Cold Feet."

A third added: "Did anyone else see Hollie-Jay Bowes back on our screen on Cold Feet?"

After the show aired, Hollie-Jay posted a photo behind-the-scenes of the all-important read-through, which clearly showed her script and the presence of the other cast and crew.

She simply wrote: "Thanks for having me."

The photo confirmed that, as well as starring in the first episode of the new series, she'll also be making an appearance in the second episode next week.

Ta for having me 😝

Hollie-Jay was the first member of the infamous McQueen family to be introduced to Hollyoaks back in 2006.

After allegedly fallling out with the soap's bosses and being written out of the show, Hollie-Jay has been a jobbing actress with small roles in Stepping Up, Doctors, After Hours, No Offence and Nailed.

Are you pleased to have Cold Feet back on our screens? Leave us a comment on our Facebook page @EntertainmentDailyFix and let us know what you think!