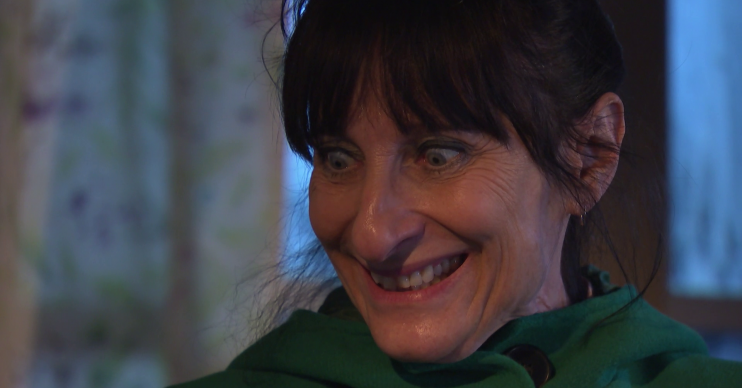 Hollyoaks wins big soap prize after losing out at NTAs

The cast and crew of Hollyoaks may have walked away from the National Television Awards empty-handed, but their efforts have been rewarded just one week later.

The E4 soap has just won a prestigious prize, which is voted for by a panel of experts and NOT the British public like the NTAs.

On Wednesday (February 5), the soap was named the Best Soap or Continuing Drama at the 2020 Broadcast Awards.

Hollyoaks have just won the award for Best Soap or Continuing Drama at the Broadcast Awards!

The Chester-based soap was commended by the Broadcast Awards panel for being “the soap most willing to take on challenging issues and do them justice, with clever character development”.

According to Digital Spy, it was also singled out for Ste Hay’s far-right radicalisation storyline which happened late last year.

One judge called the storyline a “brave and current story told well, breaking some conventions, while staying true to Hollyoaks’ style and ethos”.

The award came as a happy surprise just one week after the soap lost out at the NTAs.

Announcing the exciting news on their official Twitter page, the soap wrote: “Hollyoaks has just won the award for Best Soap or Continuing Drama at the Broadcast Awards! Beaming with pride!

“Thanks to all our fans, you truly are the best! #CelebrateDifference.”

#Hollyoaks have just won the award for Best Soap or Continuing Drama at the #BroadcastAwards! BEAMING WITH PRIDE! Thanks to all our fans, you truly are the best! ❤️#CelebrateDifference pic.twitter.com/0fH1Vit4Tf

Fans of the soap were quick to send messages of support, with one tweeting: “Congrats @Hollyoaks, well deserved. 2019 had so many fantastic storylines and so far the 2020 storylines have been amazing. Can’t wait to see what is coming up. #Hollyoaks.”

Another said: “So proud! Gosh… I do love this show, when on top form it’s amazing, so hard hitting, fun, educating, entertaining with complex/unpredictable characters. Flying high and proving the critics/snobs wrong. #Hollyoaks.”

A third added: “Congratulations, absolutely deserved and especially on a night when you aired a powerful episode about coming out to a religious relative.”

“Congratulations all of you, so well deserved. A truly remarkable soap never afraid to push the boundaries. Well done everyone,” added one more.

Last year’s big storylines included the return of Warren Fox, Breda McQueen’s murderous rampage finally coming to an end with her own death, Sinead and Sienna’s ordeals with Laurie Shelby, and Mercedes McQueen being shot.

Hollyoaks airs Monday to Friday at 6.30pm on C4, with first-look episodes airing on E4 at 7pm.

Do you rate Hollyoaks? Leave us a comment on our Facebook page @EntertainmentDailyFix and let us know what you think!