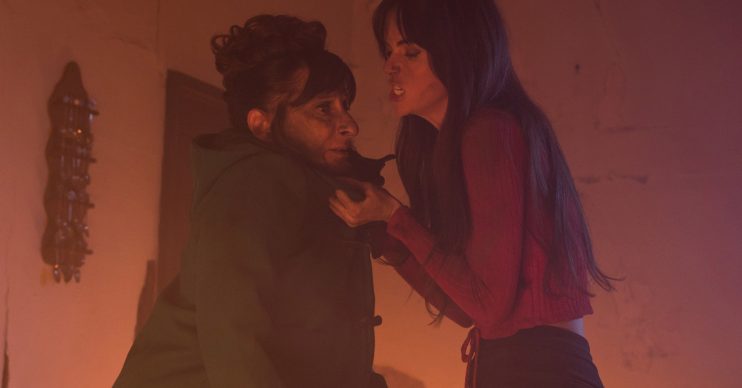 Breda has killed many men!

Viewers of Hollyoaks are upset that Breda McQueen won’t face justice for her crimes.

Over the course of many years, Breda has claimed the life of men she perceives to be ‘bad dads’: her father, Sylver’s father Wes, her husband and Goldie’s father Vinnie, Carl Costello, Glenn Donovan, Russ Owen, Louis Loveday, Mac Nightingale and Harry Thompson, to name but a few.

She also held Tony Hutchinson captive at the pig farm for months, leading his family to believe he ran off with another woman.

In last night’s episodes (January 6 2020) Mercedes was arrested for the murders of the village residents after Breda set her up.

However, John Paul found the buttons from the victims’ shirts under Mercedes’ floorboards and realised Breda was the serial killer. He showed Mercedes after she was released.

Mercedes went to the pig farm to find more evidence, but after Breda drugged John Paul, he revealed where Mercedes was.

While Mercedes found Tony, Breda was on her way to confront her daughter-in-law with a pitchfork…

Elsewhere, back in the village, Goldie dropped Breda’s dad’s ring and Lisa Loveday found it only to insist it was her father’s missing ring.

Goldie and Sylver started to piece things together realising Breda had given dolls to all the children who had lost their fathers.

They went to try and stop their villainous mother, but she had totally lost the plot by then and after shooting Sylver with a nail gun, she set the pig farm alight, preparing to die alongside her son.

Goldie and Mercedes were able to get a lifeless Tony out of the burning building, but Mercedes was determined rescue Sylver as well.

As Mercy and Breda were locked in a fight, Sylver lunged at his mum, stabbing her in the head with her own knitting needles. Gruesome.

Breda should be made to pay for her crimes!

The serial killer is now presumed dead after her body was left to burn, and viewers are upset that she won’t face justice.

What kinda ending… Breda should be made to pay for her crimes! #Hollyoaks #HollyoaksLater

Excellent episode but Breda should have faced justice

Fantastic gripping episode but POOR ENDING after a year of us wondering how Breda storyline would end, she should have faced trial with the whole of Hollyoaks in public gallery to see her go down for her crimes The ending POOR SCRIPT WRITING maybe Sylva pulled her out the fire

With Breda proved to be the serial killer, does this mean Mercedes is off the hook?

And how will Sylver and Goldie cope with what they’ve been through?