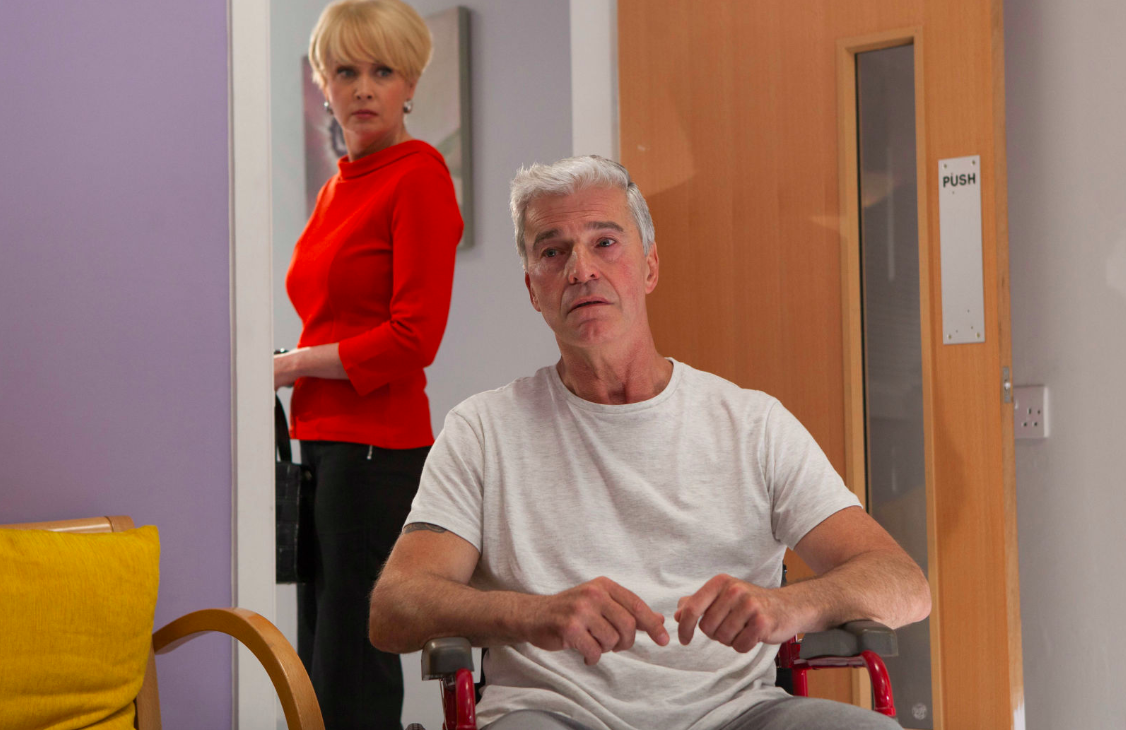 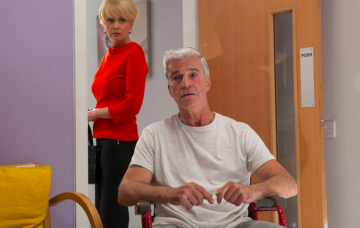 Mac's family could breathe a sigh of relief when he was hospitalised with no chance of recovery, but now that's all changed

Hollyoaks villain Mac Nightingale is going to make a shock return next week.

The evil former pub labdlord has spent months in hospital unable to harm his family after he fell out of a window at The Dog.

He was later diagnosed with locked in syndrome.

Moved to a specialist facility, Mac’s family were left free of his poisonous behaviour.

But now next week he’s going to make a bombshell return and threaten them all.

His youngest son Alfie will be the first to be contacted by his deranged father on the phone.

The troubled teen will be surprised to hear from Mac and his insistence that he has heard from his father means trouble for him.

While Alfie knows what he heard, concerns grow that his mental illness has returned and that he imagined the phone call.

Desperate to prove that he isn’t ill again and that Mac really is back, he decides to visit his father at the hospital.

A concerned Yazz and Marnie follow him hoping that it is his illness making him hear voices again, rather than Mac being truly back.

It is then revealed that not only is Mac back and free of his locked in syndrome, but that he is able to get out of bed.

Having defied all the odds, Mac’s return is a shock and not a happy one for his victims.

So when he begs for another chance, his family are faced with a series of tough decisions concerning their evil father.

But will Mac be able to worm his way back into his family?

And what will it mean for his eldest son James who is set to discover that he is also a father making Mac a grandfather?

Do you think Mac has really changed? Leave us a comment on our Facebook page @EntertainmentDailyFix and let us know what you think!