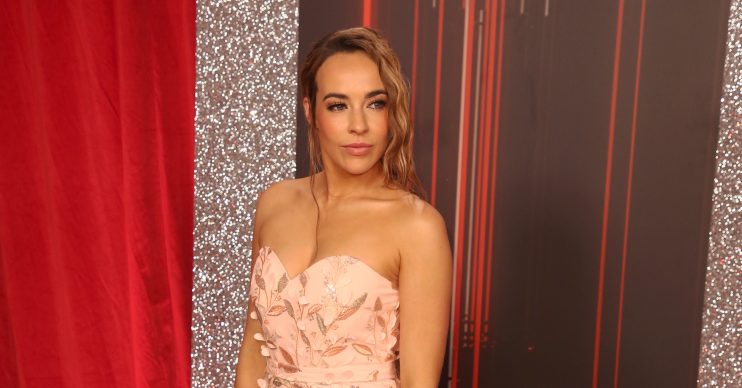 Stephanie has changed her hair!

She captioned the post: “Back to black. Thank you to my amazing Josh for getting me back to the real me! Brunette alwaysss. Never going blonde again no thank you.

“I got to @zestliverpool for my hair. The extensions I use are from @hairchoiceextensions weft and tape Dark Chocolate 20inch.

“The quality and feel is like no other! I love you Josh, thank you, I feel amazing!

“For everyone that’s asking my outfit is from @prettylittlething.”

A second commented: “Suits you so much better.”

Last month it was revealed that Stephanie had split from her Hollyoaks co-star Owen after nine months of dating.

The news came after Stephanie denied their relationship was ‘on the rocks’.

Speculation that all wasn’t well began to surface a few weeks before when it was claimed that 20-year-old Owen had moved out of her home and blocked the actress on Instagram.

A source told The Sun: “Stephanie and Owen have decided to split after weeks of trying to work through their differences. They decided to end it and Steph is insisting there’s no going back.

“She couldn’t be more devastated as she saw a real future with Owen, particularly as he’s been a father figure to Caben.”