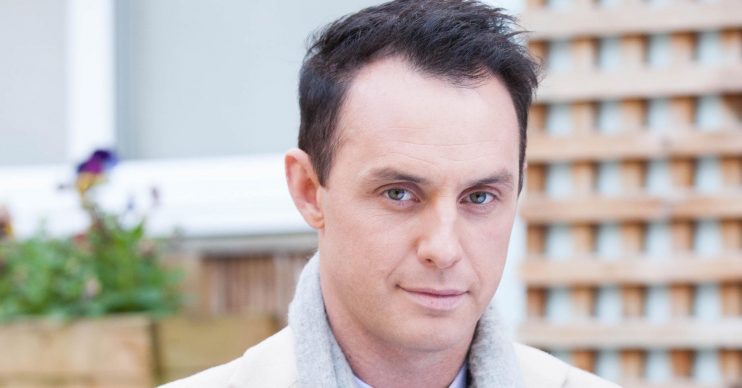 The couple who work together stay together?

Gregory Finnegan’s real life wife has joined the cast of Hollyoaks, and will be working alongside him over the next few months.

Viewers know that Gregory’s soap character James Nightingale has just heard the devastating news that his ex-boyfriend Harry Thompson has been murdered.

In scenes that aired on E4 on Wednesday (October 2), Detective Superintendent Cohen arrived in the Chester village to investigate the crime.

And the police officer is played by none other than Gregory’s own wife, actress Ariana Fraval.

Ariana made her debut last night, when James was called to formally identify the corpse unearthed in the woods.

In devastating scenes, James confirmed the body was that of his missing ex-boyfriend.

In quotes printed in the Radio Times, Gregory said: “Now my wife has joined the show, any change in the filming schedules is a double whammy for childcare.

“So it’s all go, it makes things somewhat difficult but we are getting through it!

“It’s lovely having her here. The first scenes she did were actually with me when James had to identify the body.

“She has got to know the cast and is making friends. Now she finally can put faces to the names I’ve been talking about all these years! It’s good fun working with her.”

In fact, Gregory and Ariana have three kids together.

Spoilers reveal that James is left contemplating suicide as he struggles to come to terms with the devastating fact that Harry is dead.

Broken by the news and on the edge of despair, James starts drinking heavily unable to cope with the shocking loss.

Feeling helpless, he heads to the station to find out if they have any more news.

However, in distressing scenes to follow, mum Marnie and son Romeo later see him standing on the edge of a deadly drop in the pouring rain clearly thinking about jumping off…

Can they talk him down?

During Wednesday’s first-look episode, news of Harry’s death spread across the village.

Marnie and Romeo’s attempts to help James move on were blown out of the water when James received a phone call telling him the grim news about Harry.

A broken-hearted James then vowed that he’d never give up until he brought his love Harry’s killer to justice.

But a lot can happen in a matter of days, as the horrifying shock sets in, leaving him helpless with grief.

Will James eventually come down and be instrumental in Breda’s downfall?

Viewers know that Harry was murdered, while loved ones believed he had run away after he was accused of being involved in a car accident.

Breda stabbed Harry to death after learning he was planning to go on the run from the police, leaving his newborn baby with single mum Sadie.

The killer McQueen has been targeting people she perceives to be bad fathers, feeling like God is telling her to rid the world of them…

Spoilers tell us that Breda’s killing spree will be discovered in dramatic scenes to air during a one-off Hollyoaks Later episode next year.

Are you looking forward to seeing Breda McQueen get her comeuppance? Leave us a comment on our Facebook page @EntertainmentDailyFix and let us know what you think!