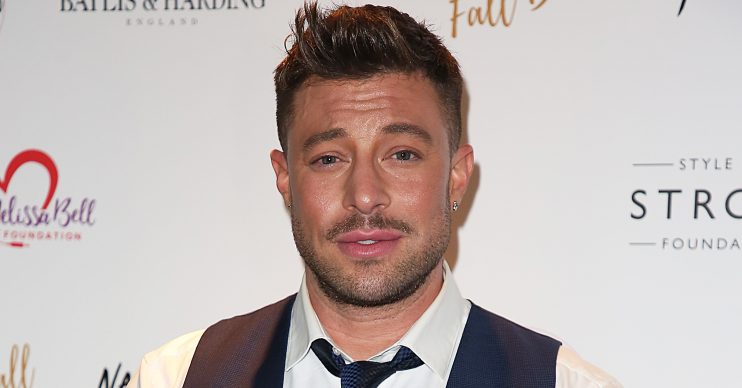 Blue singer and actor Duncan James has revealed his dog has died.

The former Hollyoaks actor – who played Ryan Knight for two years on the Channel 4 soap until 2018 – revealed the sad news on Monday (August 5).

He shared a snap of his “beloved” pooch Jack and confirmed the family pet had to be “put to sleep” this week.

Our beloved family dog Jacque (jack) was sadly put to sleep today. @flitwicker was the best mummy ever to him and is very sad but his health deteriorated due to his diabetes and blindness. May he rip #loveyoujack 😥 pic.twitter.com/xL8m5296Wg

Alongside the heart-breaking photo, the 41-year-old star heaped praise on his mother Fiona for taking care of their canine during his poor health.

“@flitwicker was the best mummy ever to him and is very sad but his health deteriorated due to his diabetes and blindness. May he rip #loveyoujack (sic)”

Duncan’s mum set up a fundraiser last month after the Yorkshire Terrier was diagnosed with diabetes, which in turn meant he went “totally blind within a week”.

Fiona was quoted the cost of £5,000 per eye for a cataract operation, with the family looking for any chance of saving their pooch.

She wrote on the GoFundMe page at the time: “I do not have this kind of money but desperately want to give Jack the chance to restore his precious eyesight as it’s breaking my heart to see him so disorientated in his own home that hes known for so long!

“Jack has been a constant companion to me, he is the sweetest loveliest dog one could ever wish for. (sic)”

Read more: Hollyoaks star reveals he was accused of being a racist in real life

Last week, Fiona revealed the tragic news that Jack wouldn’t be able to undergo the procedure.

She tweeted: “Very sad to say, my dog Jack will no longer be able to have the operation on his eyes due to the decline of his health and the vets advice.

“Therefore I will be refunding everyone that kindly donated. Thankyou for your generosity for the people that supported me and Jack. (sic)”