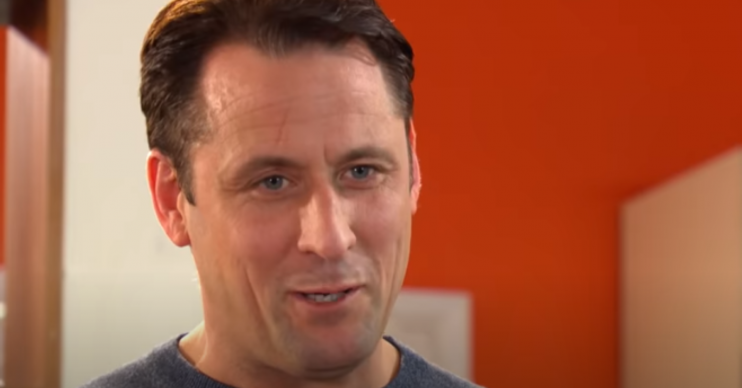 Tony is given devastating news by Edward

Hollyoaks’ Spring trailer has revealed Tony Hutchinson is diagnosed with a brain tumour.

A new trailer for the Channel 4 soap teased an explosive few months ahead for the villagers.

One character who is set to get some shocking news is Tony, who has been struggling to come to terms with being kidnapped by serial killer Breda McQueen.

However, as he celebrates finally getting back on track, Tony has a seizure at the dinner table and falls to the floor.

Later, in hospital Tony can be seen in a hospital bed, with his surgeon father Edward peering in.

Edward then says: “Seizures don’t just happen, you have a brain tumour.”

However, fans know Edward isn’t the kind, caring man he makes himself out to be.

In the clip he also drugs Tony’s drink and smile sadistically as Tony lies in his hospital bed.

Is everything as it seems?

What else is happening in Hollyoaks 2020?

Other big storylines Hollyoaks will include County Lines, the arrival of Sylver McQueen’s long-lost daughter Cher, plus the sister surrogacy and more secrets coming out about the Devereux family.

In the trailer, Jordan piles the pressure onto Juliet and Sid to sell drugs. However he’s soon recruiting younger members of the village, including Nancy’s son Charlie.

Meanwhile, while having a relationship with Peri, Jordan gets very close to her mum Leela and the pair share a kiss.

Later in the trailer, Juliet can be seen comforting an upset Peri. We know from New Year’s flash forward that Juliet confesses her love to Peri at the end of 2020.

Is this the start of a new relationship?

Sylver and Mercedes renew their wedding vows, but it’s not without drama as mysterious newcomer Cher turns up.

As she bursts in on the celebration, she demands to know who Sylver is. But her identity doesn’t stay secret for long as she reveals she’s his daughter.

How will Sylver and Mercedes react to their surprising new family member?

After Toby and Celeste discover their dad, Felix, sold them as babies, understandably they’re furious.

Fans of the show already know, Walter already knows about Felix’s past actions, and it looks like Martine will also discover the truth…

Is it a start of a new romance? How will Walter and Martine react?

Mitchell seems to be on cloud nine after Scott accepts his proposal. But his happiness is short-lived when he is arrested for malicious wounding with intent to cause GBH.