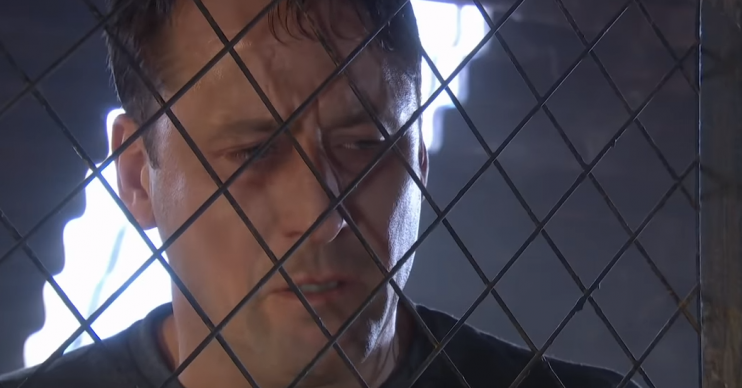 Breda is keeping Tony at the pig farm!

It looks like Tony Hutchinson could finally be discovered as Goldie secretly tracks her serial killer mum Breda to the pig farm in upcoming Hollyoaks scenes.

Viewers know Breda is keeping Tony captive at the pig farm after murdering his son, Harry.

Her family have been worried about her acting suspiciously and demanded she sell the farm, but when Goldie discovers it isn’t actually on the market she heads over there to see what’s going on.

Breda tries to cover claiming that the estate agent is the one who’s lying, but concerned Goldie insists her mother sees a psychiatrist and Breda agrees.

Meanwhile, Goldie has attached a tracking device to her mum so she knows exactly where she is.

Even though Breda hasn’t been back to the farm to feed Tony, her movements are now being recorded.

Will he be discovered?

She also murdered Sylver’s father Wes in Christmas 1986, and her husband Vinnie in 2000.

She is currently holding Tony at the farm, as she has been killing men who aren’t good fathers.

Breda has forced Tony to call Diane and tell her that he’s left her for another woman and not to try contacting him again.

Will he ever manage to get home to his family?