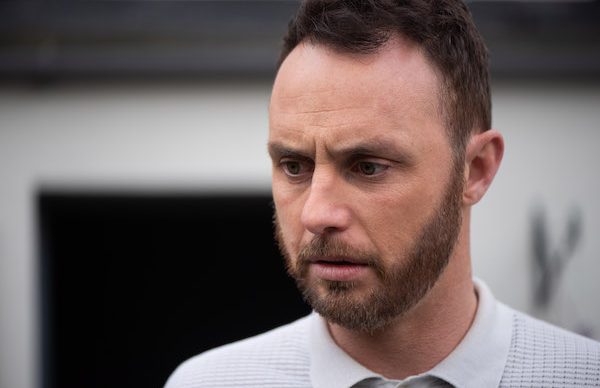 Hollyoaks’ James Nightingale is getting a surprising new love interest.

Bereaved solicitor James is in a tailspin of grief after the body of his boyfriend Harry Thompson was found this week.

He had thought Harry had just left him but all hopes were dashed this week when the body was discovered.

And while James became suicidal in the aftermath, actor Gregory Finnegan has revealed that he will recover and go on to have a shock fling.

More shocking still – the fling will be with someone already in the village – and fans won’t believe who.

“I am filming with a new love interest as we speak. James is going to get romantically involved with someone who currently resides in the village,” he said.

“It’s an interesting one and I don’t think anyone will see it coming, it’s a bit out of left field. I’m looking forward to finding out what viewers make of it when it airs in a few months’ time…”

He added to the Radio Times: “This new love interest might be a rebound thing, it’s early days and certainly takes him by surprise.

“They’re not planning for a big future or anything, but then anything’s possible!”

Fans have already begun speculating who James’ shock romance could be with – and they are horrified at the possibility it might be Ste Hay.

Ste and James famously fought for Harry throughout his time in the village and more recently Ste has been trying to escape a far right gang.

One fan said: “Oh God please not Ste. As no man can resist the vile thug no doubt James will fall head over heels in love with him like everyone else did.”

A second said: “Ste I could see as they hate one another etc, in fact I could see it being Ste since he has thing for going for ex lovers lovers/ men he use to hate.”

A third said: “Can’t he stay single and grieve for Harry. Everyone moves on so quick on this show.”

Who do you think James’ shock new love interest will be? Leave us a comment on our Facebook page @EntertainmentDailyFix and let us know what you think!