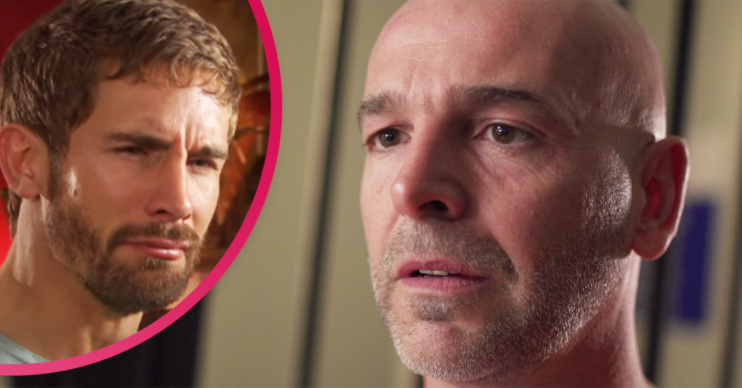 Hollyoaks has revealed that Brody and Ollie’s abuser Buster Smith will be returning to the show.

Last night (Monday, July 20) a new trailer for the Channel 4 soap aired showing some scenes that were filmed before the UK lockdown.

This trailer showed viewers what’s to come in autumn 2020 when the soap returns to screens.

However it has been revealed that Buster will be returning to screens later this year.

Brody comes face to face with his abuser as he visits him in prison. He realises he has some unresolved feelings towards him. But will he finally get the closure he deserves?

Hollyoaks: Who is Buster Smith

Buster is the father of Damon Kinsella and arrived in the Hollyoaks in 2018 in order to pay his son a visit. However it became clear Damon’s pal Brody wasn’t so keen to see him.

Buster started his own football academy in the village and soon began grooming and sexually assaulting Ollie Morgan.

Eventually Buster was arrested and sent to prison for his crimes and other men came forward, claiming they were also abused by him.

But what will Brody say to his abuser once they come face to face?

What else can Hollyoaks fans look forward to?

In September, fans will also get to see Scott and Mitchell’s wedding, however it doesn’t look like it will all be smooth sailing.

As Toby is fed up with his brother seemingly always getting a happy ending, he taunts Mitchell. But Mitchell spits back that he will never be family. Later Celeste gasps in horror as she worries what they’re going to do.

Has Toby taken his anger a step too far?

Meanwhile Juliet discovers that Jordan has been sleeping with Leela and Leela’s daughter Peri. However the trailer also showed that Juliet and Peri share a passionate kiss.