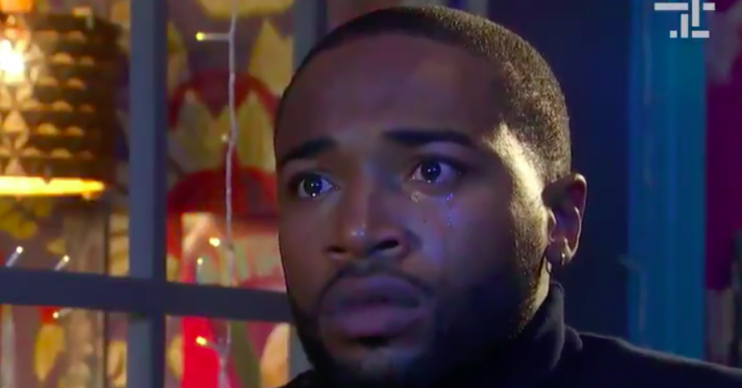 The secret is out - Mitchell's twin is back and wants revenge

Fans of Hollyoaks are in shock after Toby Faroe was revealed to be Mitchell Deveraux’s secret twin.

Viewers had long been speculating on who Martine’s other baby would turn out to be and now it has been confirmed.

Toby confirmed the bombshell in Friday night’s (20.12.19) episode by raging at his wife: “They preach hypocrisy. About Martine’s love for her precious son.

“When they cast this son out. Their own flesh and blood.”

And to make matters worse, his wife Celeste revealed she had the pictures of Mitchell and Scott together – and would use it to out Mitchell to his family and destroy them.

While viewers were shocked at the reveal,  some claimed Toby looked old enough to be twin Mitchell’s dad.

One said: “He looks old enough to be Mitchell’s father.”

A second said: “That dude has about 10 years on Mitchell.”

A third said: “Wait… Toby is Mitchell’s twin brother?! How?! He looks at least five years older than him?! #Hollyoaks #Hollyoaksmas.”

A fourth said: “I thought they would be involved in the county lines drug storyline but this is interesting.

“I hate Mitchell and his family, especially Walter, but this seems like a good story.”

Actor Bobby Gordon told Digital Spy that Toby and Celeste could be the new villains in the village – once they’ve dealt with Martine.

He said: “He could be one villain or he could be the only villain – we don’t know yet. But I think Toby’s ‘evil edge’ is very directed. Whether he’ll be evil to everyone, I don’t know.

“For now, the writers are being very true to the story. As for whether Toby and Celeste will be the new villains for the show, personally I hope so because it’s fun! But I think for now, it’ll be tailored more towards Toby getting revenge on Martine, the woman who gave him up.

“For Celeste it could be different – she could control the whole village! There’s levels in their relationship – there’s clearly one person who wears the trousers. It’s like a yin and yang type of thing. Toby is very reliant on his wife and he couldn’t be who he is without her.”

What did you think of the shock twist? Leave us a comment on our Facebook page @EntertainmentDailyFix and let us know what you think!