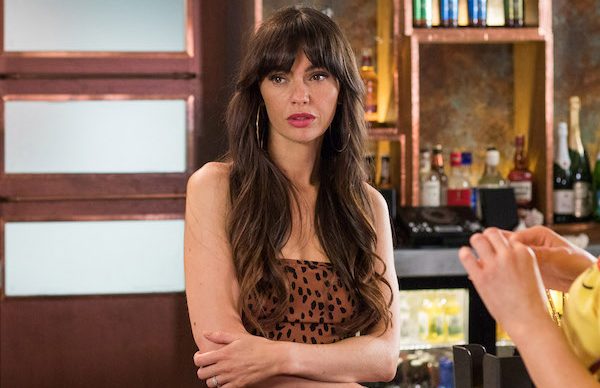 Hollyoaks reveals the full line-up of suspects in Who Shot Mercedes McQueen? storyline

She has a lot of enemies

The full line-up of suspects for the upcoming ‘Who Shot Mercedes McQueen?’ storyline in Hollyoaks has been revealed.

The Dog in the Pond landlady – who is played by Jennifer Metcalfe – will be left slumped on the dancefloor in The Loft after one of her enemies takes revenge in upcoming scenes.

Priest Joel Dexter (Rory Douglas Speed), who recently uncovered Mercedes was the one who ran over Grace Black (Tamara Wall) and earned a beating from Liam in a bid to stay silent is on the list, as is the club boss herself.

Betrayed Diane Hutchinson (Alex Fletcher) is also a suspect, likely due to Mercedes and Liam framing her now-dead stepson Harry Thompson for the crash.

Mercedes’ cousin Goldie McQueen (Chelsee Healey) will embark on a mission to uncover the truth but turning detective could cause some problems for her further down the line.

Mercedes is going to get her comeuppance later in the year.

Jude previously revealed he is “excited” about being involved int he whodunnit.

He said: “Liam will be a suspect. I was excited [about the plot].

“I’m sure the audience can certainly believe that Liam would have his motives for wanting to kill her.”

Show boss Bryan Kirkwood previously teased Mercedes’ antics would lead to her getting her comeuppance.

Speaking to Digital Spy in July, he said: “Mercedes’ affair with Liam is going to get really messy.

“Our characters on Hollyoaks fit into really clear archetypes – if they’re successful, that is – and we see Mercedes as a bad girl who wants to be good.

“That’s her role in the show. But Mercedes is going to get her comeuppance later in the year, in ways that I can’t go into right now.

“The decisions that Mercedes has made over the past few months – the good ones and the terrible ones – are all building to one of the biggest chapters in her life.

“That includes the love triangle with Liam and Sylver, the lies about Grace’s hit and run, and the drug-taking.”