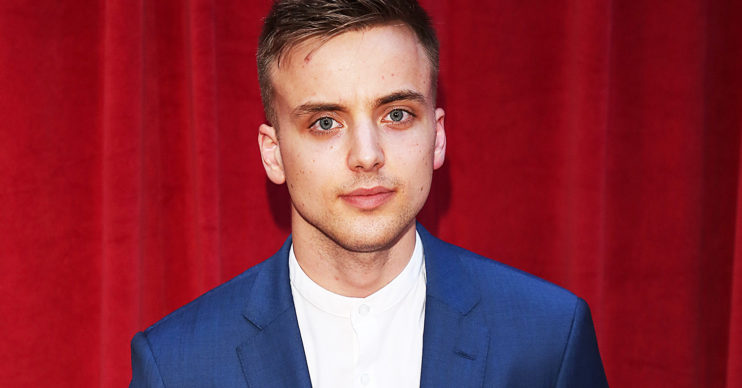 The actor popped the question

Hollyoaks star Parry Glasspool is engaged after planning an elaborate and romantic proposal for his girlfriend Paije.

The actor played Harry Thompson in the Channel 4 soap before the character was murdered by Breda McQueen.

You know i had to film it somehow! @paijelove

But today he showed off the happy news of his engagement by posting a video of how he proposed.

Parry filmed a quiz for him and his girlfriend to play under the guise of a social media viral video.

However it emerged that the answers to each question spelled out the question: “Will you marry me?”

Paije broke down in tears as she accepted – as the pre-recorded quizmaster Parry celebrated.

Hollyoaks stars and the couple’s celebrity friends flocked to congratulate them.

Amanda Clapham added: “Of course you used yourself to help yourself propose that was the cutest thing I’ve ever watched on Insta! Congrats again guys.””

Alex Fletcher said: “Congrats you two that was the best you big softy Pazza.””

“Congratulations to you both! Perfect! Lots of love.”

While many soap characters have returned from the dead – Parry’s Harry isn’t one of them.

Following his departure he made several Instagram parody videos to say goodbye to his co-stars.

In response to one about Kieron Richardson (Ste Hay), a fan wrote: “These videos must mean something. I mean no one else did these videos (sic)”

But Parry replied: “I just milked the fact I was going, had a laugh, nothing to it I’m afraid! (sic)”

What did you think of Parry’s proposal? Leave us a comment on our Facebook page @EntertainmentDailyFix and let us know what you think!