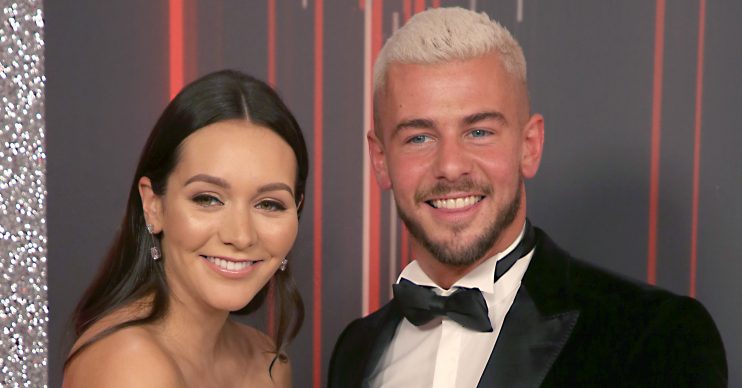 Reggie got to meet the soap's cast and crew

Nadine Mulkerrin and Rory Douglas-Speed brought their son Reggie to the set of Hollyoaks for the first time.

Actress Nadine posted a series of pictures on her Instagram page.

The First Hollyoaks baby paid a visit to the village today! We had lots of fun visiting mummies and daddies work friends ❣️

She captioned the post: “The first Hollyoaks baby paid a visit to the village today! We had lots of fun visiting mummies and daddies work friends.”

In the picture, little Reggie looked completely chilled out as he had cuddles with the cast and crew including Jamie Lomas, who plays Warren Fox, Lysette Anthony, who plays Marnie Nightingale and Nick Pickard, who plays Tony Hutchinson.

Nadine, who plays Cleo McQueen on the channel 4 soap, is currently on maternity leave.

In October, Nadine and fiancé Rory, who plays Joel Dexter in Hollyoaks, welcomed their son Reggie.

Reggie Speed 💙 You’re the coolest little dude we never knew we were missing in our lives! We love you so Much 💙 Also Thank you to every incredible NHS worker we’ve come across at the womens. (Helen,Jordine,Amy,Amy) You’re all walking angels. Thank you so much for making one of the biggest moments of our lives so extra special with care.

Back in June at the British Soap Awards, the couple announced they were expecting their first child together.

It comes after the news of their engagement last year in December.

The couple revealed they were dating back in 2017 after they uploaded a picture on holiday together.

Although the pair have found love with each other in real life, their alter egos also dated but ended up splitting up.

After an accident in the village left friend Scott Mitchell in hospital, Cleo was devastated to realise her boyfriend Mitchell had been cheating on her with Scott.

Heartbroken, she decided to leave the village for a while.