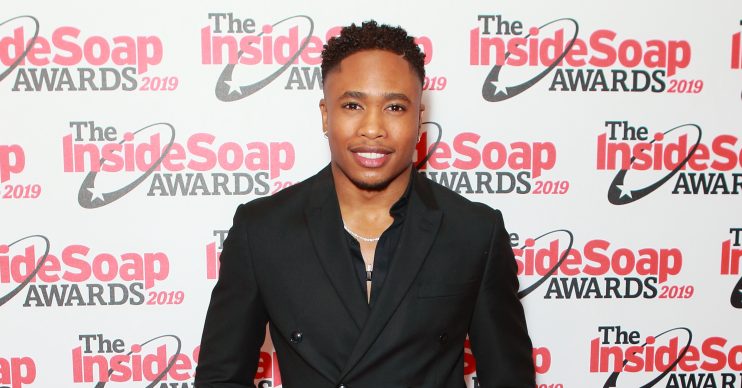 Hollyoaks’ Mitchell Deveraux’s secret twin is already in the village

Actor Imran Adams, who plays Mitchell Devereux in Hollyoaks has hinted viewers may have seen his character’s secret twin already.

Last month, during a heated argument between Walter and Martine, Walter told his daughter that she couldn’t judge him after “what she had done”.

Viewers soon saw her looking at a picture of baby Mitchell – and his twin.

Speaking to The Sun Online at the Inside Soap Awards, Imran said: “You might have seen them already…

“What I can say is the Deveraux family are going to be expanded massively.”

Mitchell, who is in a relationship with Cleo McQueen, has recently been torn by his feelings for Scott Drinkwell and his drag alter ego Anita Tinkle.

Recently Scott told Mitchell he had to choose between him and Cleo, and he made the choice to stay with his girlfriend – but he still can’t keep away from Scott.

Currently Cleo and Mitchell are looking to move into a flat together, but will everything go to plan?