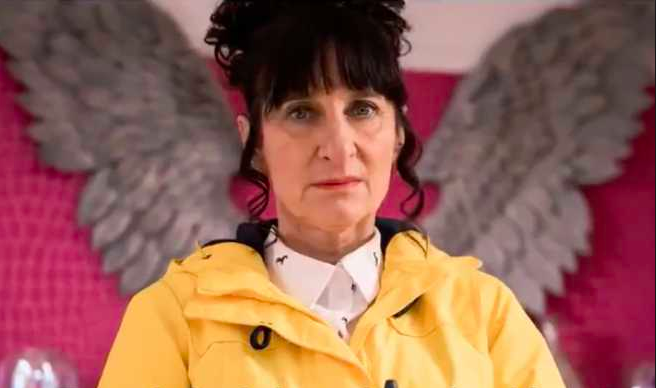 Will she get her comeuppance?

Hollyoaks Later is returning for a one-off special next year, soap boss Bryan Kirkwood has confirmed.

The late-night version of the E4 soap will air in January 2020, and will feature explosive scenes as serial killer Breda McQueen’s story comes to a dramatic head.

The hour-long episode will also coincide with the return of Warren Fox, and the arrival of Tony Hutchinson’s dad Edward and half-sister.

While the soap has not yet announced who will play the role, the soap has hinted she’ll also be a villain like her dad.

Talking to The Sun Online, Bryan confirmed: “We are in January seeing the return of one episode of Hollyoaks Later which will play at 10pm on E4.

“The next night on C4 will take us directly from the 6.30pm episode into a late night one.”

He continued: “We’re delighted that the channel wants to dip its toe back into Hollyoaks Later and it will see the climax of one of our biggest, most explosive long term stories.”

While Bryan wasn’t about to let slip any major spoilers, he did say: “Our biggest characters are right in the middle of what happens in that hour.”

Viewers know that Warren’s comeback will see him come face to face with ex-Sienna Blake and culminate in a battle for their twins.

But it’s Breda’s dark storyline which has kept viewers gripped over the past year, as she’s murdered those she considers to be “bad fathers”.

Speaking to Digital Spy, Bryan explained: “Breda has a good few months left. She begins to unravel very soon, as those nearest to her – Sylver and Goldie – start to spot discrepancies in where she’s been and what she’s doing.

“That story will be huge in January and peak in the 10pm special.”

Hollyoaks Later aired for six series between 2008 and 2013, and included edgier content not suitable for pre-watershed audiences – including the rape of Luke Morgan, played by Gary Lucy.

The soap will celebrate its 25th anniversary next year, with fan favourites including Will Mellor’s Jambo Bolton and Terri Dwyer’s Ruth Osbourne rumoured to be returning.

Will you tune in to Hollyoaks Later in January? Leave us a comment on our Facebook page @EntertainmentDailyFix and let us know what you think!