Now, considering her character has actually killed someone, this has got to be good! 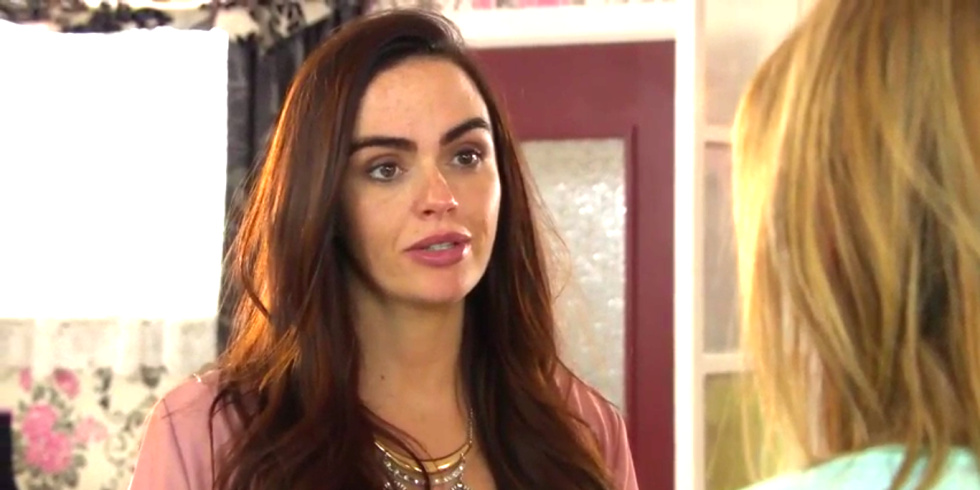 Jennifer Metcalfe has revealed there is a huge storyline coming up for Mercedes (Credit: Lime Pictures)

The Hollyoaks actress has confessed that whatever it is that Mercedes McQueen gets up to, it will pale into insignificance in comparison to the other things she has done since joining the show back in 2006.

From faking her own death, stabbing herself and framing Mitzeee Minniver for the crime, or killing Dr Browning with a shovel, Mercedes has certainly had a chequered past.

What could be worse than killing someone with a shovel? (Credit: Lime Pictures)

But what have Hollyoaks writers got up their sleeves that could be even worse than that list of heinous deeds?

The actress told Inside Soap magazine: "There's something coming up soon that I can't forgive her for.

There's something coming up soon that I can't forgive her for. It's the worst thing she's ever done!

"I'm a little bit nervous, actually - it's the worst thing she has ever done!"

Mitzeee once found herself being framed by Mercedes (Credit: Lime Pictures)

But that's not the end of the drama coming Mercedes' way. The soap is putting on a special hour-long episode later this month which will have Mercedes and Russ's wedding at the centre of it.

The couple have got a huge wedding planned, but with Mercedes hiding the fact she has cheated with her cousin Sylver and the small matter of Goldie and Russ spending the night together, it's unlikely the day will go without a hitch.

Russ has had an affair with Mercedes cousin Goldie (Credit: Lime Pictures)

Hollyoaks have always done huge hour-long specials over Christmas and New year, but this will be the first time the soap has taken up a 60-minute slot outside of the festive season.

During the episode viewers will also find out who Carl Costello's killer is.

What do you think is the most shocking thing Mercedes is capable of? Leave us a comment on our Facebook page @EntertainmentDailyFix and let us know what you think!