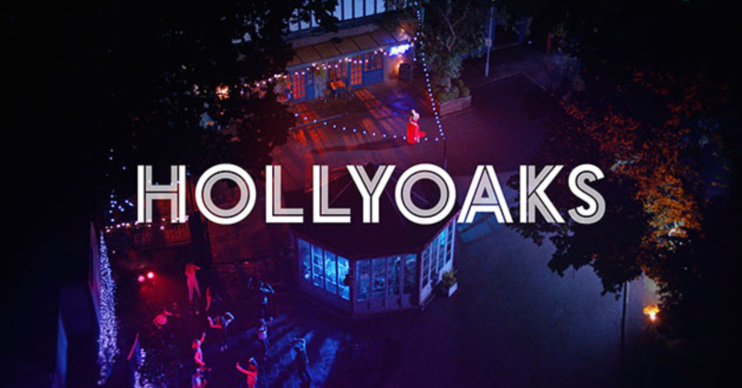 Bryan has been part of the Hollyoaks team for years

Hollyoaks executive producer Bryan Kirkwood has quit the show amid the racism furore.

The Channel 4 soap’s executive producer will depart the show, which celebrates its 25th birthday in October, at the end of 2020.

This comes after telling Lime Pictures bosses of his decision back in March, but his episodes will remain on screen until June 2021.

Bryan, who has created a number of the show’s most popular characters, including the McQueen family – said: “For many years I have had the privilege of running a soap opera with a fiercely loyal audience.

“I passionately believe that soaps can help viewers start serious conversations about their lives and in recent years we have covered important topics within mental health, sexual consent, far-right radicalisation, male rape, sexual abuse and many issues other shows might look away from.

“It has also been a joy to deliver the plot-buster stories that ‘can only happen on Hollyoaks’, stories that give our viewers an entertaining escape into a heightened world.

“I’m incredibly proud of what we have achieved, and I want to thank the entire team. Their talent, warmth, loyalty and friendship are why I stayed so long.

“The 25th anniversary feels like an elegant time to hand the reins over to someone else but I’m confident that the beating heart of Hollyoaks- the people who make it – will keep the show around for another 25 years.”

In the Hollyoaks video, Kelle said there had been “lots of important conversations” behind the scenes at the soap.

However Rachel Adedeji, who plays Lisa Loveday, responded saying she was ‘disappointed’ with the soap’s approach to Black Lives Matter.

After making accusations against the show, an investigation was launched.

My thoughts on the Hollyoaks response to Black Lives Matter pic.twitter.com/jvOxzCQkl0

Read More: Maisie Smith says she could be ‘dark horse’ on this year’s Strictly

What did the Hollyoaks team say about Bryan’s departure?

Claire Poyser and Kate Little, Lime Pictures MDs, have thanked Bryan, who is the programme’s longest-serving executive producer, for his “dedication, care and commitment” to the Oaks cause over the years.

They said: “Bryan’s passion for creating gloriously soapy characters that take fans from laughter to tears in a heartbeat, a rich imagination for nurturing compelling plot busters and his unwavering commitment to tell ground-breaking issue led stories mark him out as an outstanding Executive Producer of Hollyoaks.

“This has been rightly reflected in the multitude of awards that the series has secured throughout his tenure at Lime. We would like to thank him for his dedication, care and commitment to the show throughout the last eight years.”

Ian Katz, C4 Director of Programmes, praised Bryan for leading the “extraordinary resurgence of Hollyoaks”, which has scooped six Best Soap and Continuing Drama awards between 2018 and 2020.

He said: “Bryan has been the untiring creative force behind the extraordinary resurgence of Hollyoaks.

“He’s taken the show into new territory with some extraordinarily brave storylines and soap firsts and collected numerous awards.

“I’m immensely grateful for his steering of the show safely back to screen next week and leaving it in top creative form and I wish him all the best for his next chapter.”

Caroline Hollick, Head of C4 Drama, added: “Working with Bryan has been both utterly inspirational and enormous fun.

“Under his leadership, Hollyoaks has become a true game-changer in the soap world, and while I’m heartbroken to say goodbye, I can’t wait to see what he achieves next.”