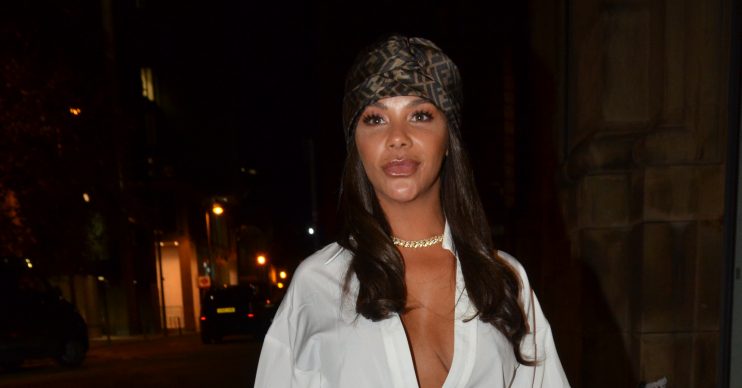 Hollyoaks’ Chelsee Healey hits back at trolls who criticise her parenting

Chelsee has a daughter named Coco

Actress Chelsee Healey, who plays Goldie McQueen in Hollyoaks, has hit back at trolls who criticise her parenting.

The 31-year-old actress posted a video of herself and daughter Coco dancing.

She captioned the post: “This is for the jobsworth mummies that DM me telling me what I should and not do with my daughter…. Coco loves to ‘bruk’ off uh back.”

She’s referring to her dancing to a reggae song.

A second commented: “Hahaha love this! There’s nothing wrong with expressing yourself through dance, art or fashion and teaching your child to be confident is the best thing.”

A third added: “Perfect parent brigade at it again. Ignore them, keep doing you.”

She took a break from the soap in 2017 to go on maternity leave but returned to the soap at the beginning of 2018.

Recently her character had to say goodbye to her son Prince as he went off travelling.

Currently Goldie is in a relationship with former Catholic priest Joel Dexter.

Joel recently agreed to move to the Church of England as a vicar so he could continue his relationship with Goldie.